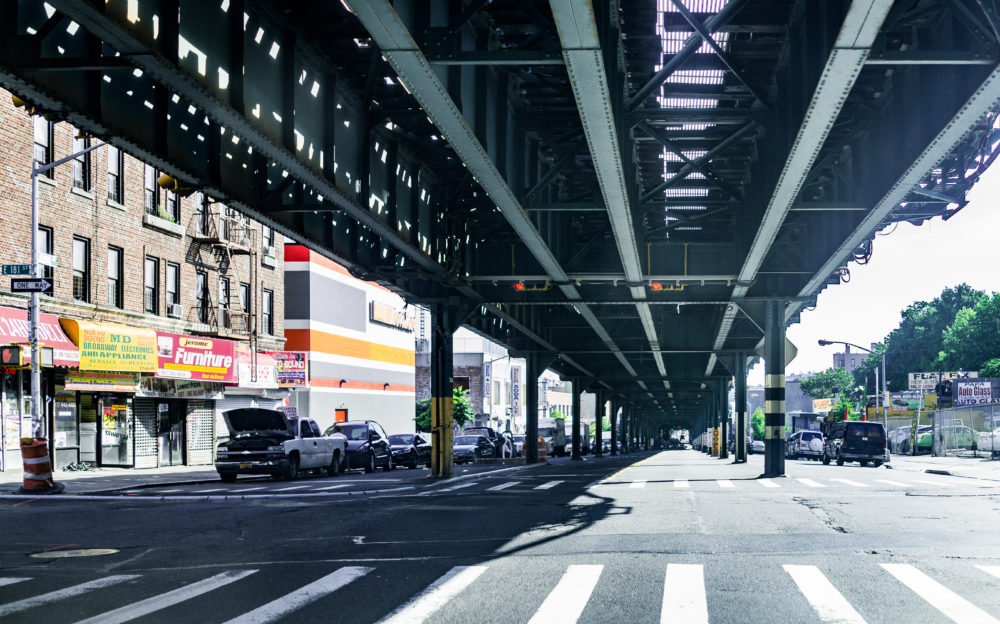 The Entrepreneurs of Color Fund, a well-established financing option for minority-owned businesses, including black entrepreneurs, is taking its show on the road.

The undertaking comes after the Entrepreneurs of Color Fund in Detroit, backed by JPMorgan and the W.K. Kellogg Foundation, was expanded from $6.5 million to over $18 million in Detroit, assisted by new investments from existing backers and first-time investors.

As part of JPMorgan Chase’s $150 million Small Business Forward program to help women, minority, and veteran entrepreneurs, the nation’s largest bank will invest $3.1 million in San Francisco and $2 million in the South Bronx. The fresh investment will provide minority entrepreneurs in the two cities access to capital and technical aid such as writing business plans and other support services.

The initiative also calls for recruiting additional investors for the new funds.

JPMorgan hopes the funding will help minority-owned small business share in the growth of the two cities. The New York-based bank recently doubled the size of its Small Business Forward effort from $75 million. The move is part of a $20 billion, five-year U.S. investment that includes increasing the bank’s small business lending commitment and community investments to drive inclusive economic growth nationally, including in underserved cities.

“Detroit’s Entrepreneurs of Color Fund has made a great impact creating economic opportunity, and now we want to bring this same model to San Francisco and the South Bronx to help more entrepreneurs grow,” stated Jamie Dimon, JPMorgan’s chairman and CEO. “These cities are seeing tremendous growth. By expanding this fund, we will help ensure more small businesses thrive and create local jobs.”

In 2016, JPMorgan, along with W.K. Kellogg Foundation and the Detroit Development Fund, created a $6.5 million Entrepreneurs of Color Fund in Detroit to provide minority-owned small businesses with access to capital and technical assistance as part of the firm’s $150 million investment in Detroit’s economic recovery. In December 2017, JPMorgan and partners decided to more than triple the size of the Detroit fund due to its initial success, improving economic conditions in the city and strong collaboration between civic, business, and nonprofit leadership.

Since its launch, the Detroit fund has lent or approved $4.7 million to 45 minority small businesses, resulting in more than 600 new or preserved jobs. Fifty-three percent of the loans are supporting minority women-owned businesses and nearly three-quarters (70%) of the loans have supported small businesses based in Detroit neighborhoods.

As it did in Detroit, JPMorgan is combining its philanthropy and business expertise to help provide underserved entrepreneurs in the South Bronx and San Francisco access capital they need to grow, create jobs, and drive local economic growth. Collaboration between community partners and the strong need for access to capital prompted JPMorgan Chase to replicate the Detroit fund and bring its model for impact to these communities.

The new funds will provide underlying capital for community lending partners to make loans and provide technical assistance and personalized servicing. Many entrepreneurs will be in the startup stage of their business, but the funds will also support existing, legacy businesses—allowing more businesses to stay local despite threats such as rising rents and higher operating costs.

“Creating inclusive growth is a challenge facing cities all over the world, and that’s especially true in places like San Francisco and the South Bronx,” said Peter Scher, Global Head of Corporate Responsibility, JPMorgan Chase. “We want to help more Americans share in the rewards of a growing economy, and with this new fund we will be able to share lessons from our work in Detroit and create meaningful, long-term growth for underserved entrepreneurs.”

A 2016 study by the Institute for a Competitive Inner City shows that small businesses in large cities account for a majority of jobs, but that number is even bigger in inner-city areas.

In Detroit, small businesses accounted for half of the jobs within city limits—that number jumps to two-thirds of jobs in Detroit’s inner city neighborhoods.

That same report also found that a modest increase in the number of jobs created by existing small businesses could create enough employment opportunities for all currently unemployed inner-city residents.

In addition to capital, the collaborative will provide technical assistance services to support small businesses at each stage of their development. The fund will also work closely with the new Chase Center in Mission Bay to generate business opportunities and local economic growth.

“Working Solutions is thrilled to be partnering with JPMorgan Chase and our fellow nonprofits ICA Fund Good Jobs and Pacific Community Ventures to launch the Entrepreneurs of Color Fund in San Francisco,” said Sara Razavi, interim CEO and former COO of Working Solutions.

“Through this collaborative approach, we will provide loans and investments along with a continuum of capital—with loans starting from $5,000—to reduce the chronic undercapitalization faced by entrepreneurs of color in our community. Our goal is to meet entrepreneurs of color ‘where they are’ with tailored resources and consulting to create sustainable businesses, good local jobs, and thriving, inclusive neighborhoods in San Francisco.”

In San Francisco, JPMorgan Chase has increased the number of local branches, added employees, and committed $25 million over three years for Bay Area projects as part of the development of the Chase Center. The new Entrepreneurs of Color Fund, along with these existing business and philanthropic investments, will continue to drive inclusive growth through skills training, the development of affordable housing, and small business investment.

In the South Bronx, 80% of small businesses are owned by entrepreneurs of color, and many struggle with being able to afford the space and resources they need to run and grow their businesses.

The Entrepreneurs of Color Fund will also offer technical assistance and education to businesses. CommonWise Education, a network of grassroots local leaders, labor leaders, and anchor institutions whose mission is to end generational poverty in the Bronx, will help to inform the design of the fund.

“The Bronx has seen an ongoing revival over the past decade, thanks in part to strong partnerships between our business community, nonprofits, and the public sector,” said Bronx Borough President Ruben Diaz Jr.

“Today’s announcement that JPMorgan Chase will launch an ‘Entrepreneurs of Color Fund’ in the South Bronx is a welcome one, as it will help provide MWBE businessmen and women with the resources they need to grow and thrive. I especially want to thank Jamie Dimon for his commitment to the continued success of The Bronx, and his welcome investment in the health and well-being of our critically important minority-owned businesses.”

“We applaud JPMorgan Chase for their leadership in driving and funding this initiative, and bringing together partners that are well-equipped to create lasting change for businesses in the South Bronx,” said Steven Cohen, president of Excelsior Growth Fund.

“As an alternative nonprofit lender and Community Development Financial Institution, Excelsior Growth Fund has a mission to provide capital to underserved small businesses, and thanks to this initiative there is now increased support available for entrepreneurs of color in the South Bronx.”

JPMorgan Chase is the largest bank in the South Bronx, with thousands of employees living there and hundreds working in the borough. Over the past few years, the firm has invested more than $17 million in small business growth, skills training for young people, and the development of affordable housing.

Minority businesses interested in applying for the funds in South Bronx should visit www.ExcelsiorGrowthFund.org and those in San Francisco should visit www.entrepreneursofcolorfundsf.org. Prospective fund investors can contact Excelsior Growth Fund (South Bronx) at 646-465-818 or Working Solutions (San Francisco) at (415) 655-5442. 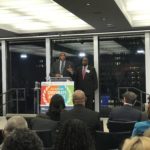 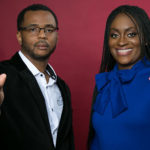 Valentine’s Day 2018 Alert: Black Couple Creates App That Lets You Get Married Through The Internet