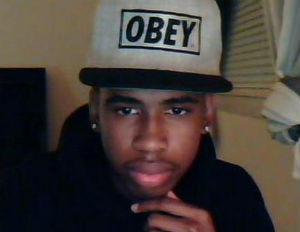 A lawyer for the Jordan Russell Davis family indicated to the Associated Press that the Davis family doesn’t want to stir up any trouble in the media by playing ‘the race card’ and then suffering the backlash. They just want justice for their son.

The attorney for the family of Jordan Davis, the unarmed black 17-year-old shot andÂ killed last Friday by a white gun collector in Florida, said the case isn’t about race as many have asserted. Rather, he said it’s about love, hate, and hard lessons learned from another high profile and racially charged killing.

In a rare interview since Davis’ killing on Nov. 23, John Phillips, a personal injury and wrongful death attorney in Jacksonville, Fla., talked with MSNBC.com about the teen’s tragic death, the somewhat cheerless pas de deux between lawyer and the media in such cases, and the comparisons Davis’ killing have drawn to the case of Trayvon Martin.

“This isn’t a race case. It isn’t about black and white, it’s about love and hate,â€ Phillips said. “The main thing right now is trying not to make it too, not to foster any hate. That’s a lot of what came out of Trayvon.â€