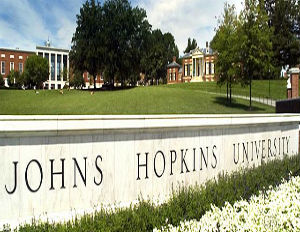 Applying to college can be both exciting and nerve-racking for students who are anxious to see if they’ll be attending their dream school. Thus, making the mistake of accepting, then denying a student’s entry is an unimaginable nightmare for many high school students, unless you’re amongst the recent applicant pool at Johns Hopkins University.

The prestigious Baltimore school is admitting to having sent 294 denied or deferred early application students an acceptance email by mistake, in which David Phillips, vice provost for admissions and financial aid at the university, says was due in part to a human error.

“We apologize to the students affected and to their families,” The Washington Post reports Phillips saying. “Admissions decision days are stressful enough. We very much regret having added to the disappointment felt by a group of very capable and hardworking students, especially ones who were so committed to the idea of attending Johns Hopkins that they applied early decision.”

While the recent incident at Johns Hopkins is a blow to both the university and many of its prospective students, the mistake is certainly not the first of its kind. Last December, Fordham University gave erroneous news of acceptance to 2,500 applicants, and in 2009, the University of California at San Diego accidentally sent acceptance letters to all 46,000 students who had applied, including the 28,000 who had been rejected.

In the case of Johns Hopkins, of the 1,865 students who applied for early admission, 539 were accepted. The rest were either denied or deferred until regular admission announcements are made in the spring.

Quality Connections: How to Use Social Media to Advance Your Professional Brand