Jodi Brockington On Networking At The BE Pepsi Golf & Tennis Challenge 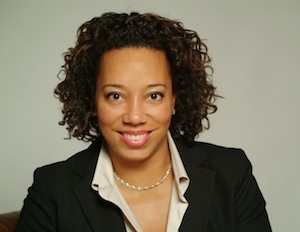 Being a master networker is not an easy task, but it is essential to business and life. Whether moving into a new neighborhood or seeking to develop professional relationships, connecting with others is essential for helping others and gaining what we need.

Jodi Brockington has been building relationships at a first-class level for years and has become known in the private and nonprofit sectors as a smart, resourceful, and key element to helping connect brands. Talented in many areas, her most salient role is as “Master Connectorâ€ through her firm Niara Consulting, her site friendsofjodi.com, and her everyday lifestyle.

Attending the Black Enterprise Pepsi Golf and Tennis Challenge for the eleventh time this fall, Brockington will be bringing many “Friends of Jodiâ€ along with her and continues to encourage others to attend. She shares her experiences and offers how to get the most out of this year’s event:

BE: How did and why have you become known as a Master Connector?

The title was given to me of Marc H. Morial current president and CEO of the National Urban League because he would meet so many people that knew me; he started to call me that when he met them. I also have the qualities of what Malcolm Gladwell describes as a “Connectorâ€ in The Tipping Point.

I don’t care if I connect you to someone where you make a zillion dollars because I do it because I love helping people. If you needed to go to Paris next week and needed a vegan restaurant I could help you. If I don’t know then I know someone who won’t send you to a shabby place.

I have had success in this area because I have a standard to my connections as well. People know that if I suggest something, the quality has to be above par. Â I also have a line that I draw with people as well. All of my clients through Niara Consulting have to do something beyond [helping] themselves; that’s because that is what I have done over time.

My friend Kim Wright gave me the FOJ (Friends of Jodi) title because when we used to go out, that’s what she would call the people I knew: “Oh, you’re an FOJ?â€ (laughs).

BE: Why do you take networking seriously as a business professional and leader?

I am not where I am now by myself. It took lots of people. Many say “it takes a villageâ€ and I believe that sometimes you have to create your own. Villages these days are networks. Networking and relationship building is not so much ‘What can I do for me?’ but ‘What can I do for others?’ More often my networking includes how I can help others.

Being a Master Connector means that I always think about how I can make the lives of others more fulfilling. This is vital as you move up the success ladder. The kinds of people you need for your network change and they should be able to interchange. A lot of people I know do not know each other but they know my brand and what I can bring. Oftentimes there will be a job opportunity, a contract, fellowship, or internship available and ten people who do not know each other will send it to me.

Further, I take relationship building seriously because you can network for professional and personal purposes. For example, as a dog owner, I needed to find out who has the best veterinarians when I moved to Harlem. I had questions: Which was the best clinic that was closest one to my house? What’s the best company for a dog walker and a dog sitter because I travel? I knew about those in the Upper West Side because I grew up there, but they were not around the corner in case there was an emergency. Â Where are the dog parks? Has nothing to do with business, but at the end of the day, I needed that information.

So I went to the dog park and other dog owners that looked like they were taking care of my dog to the level that I take care of mine are the ones I ask. If I need a dog walker I want to help them build their business. I say, “How many more dogs would it take you to work on your own versus working for an agency?” So because I am professional and would give referrals, I would get extra dog walks, a free dog sitting here and there. Sometimes when you go out at things personally, where you’re not looking for a pay back or something, often is where they pay big.

BE: Why did you start attending the Golf and Tennis Challenge?

Most of my career I have worked in the nonprofit sector but was interfacing with corporations and their foundations so I continued to go more to build those relationships. It’s a perfect place to be instead of networking where you meet a corporate representative in a suit who doesn’t really have time to speak because there are 1,000 people there; it was a much smaller network. Plus they were bringing their husbands and wives and eventually children. They were there with people they would talk about and so I really got to know them sitting by the poolside or playing a little golf. The next time I saw them in a suit I could remind them, the last time I saw you we were sipping Absolut or the last time you saw me I was in a bikini, etc.

It definitely allowed me to build better and stronger relationships that I still have today. Some of the same sponsors and original people I met have turned into mentors and sponsors for my events.

VP Joe Biden Tells Black Crowd: “Romney Will Put You Back In Chains”