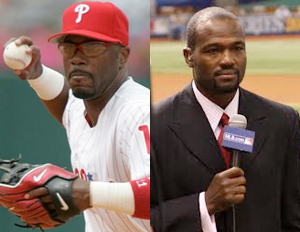 Harold Reynolds and Jimmy Rollins will help FOX anchor its coverage of the World Series, two additions that are certainly a testament to their talents as much as it is about the network’s willingness to give an audience to more than just white on-air talent.

But this pair’s opportunity to provide the World Series audience with analysis on the biggest of stages, is about more than merit. Rollins is uniquely qualified; in addition to his pedigree as a former National League MVP, Rollins, 34, also faced both teams — the St. Louis Cardinals and Boston Red Sox — participating in the Fall Classic during the 2013 regular season.

Rollins won the Gold Glove award in 2012, but struggled at times this season, batting just .252 with just six home runs.

Harold Reynolds has simply established himself as one of the best analysts in the game. He is featured regularly on MLB Network. Unconfirmed rumors swirled that he was among the candidates FOX Sports was considering to take over for longtime color guy Tim McCarver, who is retiring after the World Series.

A crop of African American former players have been familiar faces over the course of the postseason: Darryl Hamilton and Cliff Floyd have both emerged as steady presences on MLB Network; Adam Jones, the Baltimore Orioles All-Star centerfielder, got mixed reviews in his turn with Turner’s broadcast studio team, hosted by Keith Olbermann.

“This year, with the addition of FOX Sports 1 to our coverage plans, we’ll be able to provide more postseason baseball coverage than ever before, and we’re extremely excited about the possibilities,” said FOX Sports Executive Producer John Entz in a statement this month. “In order to be thorough, we’ve brought aboard championship-caliber players, former players and reporters we think will provide tremendous insight and analysis.”

Games 1 and 2 will be played in Boston, after which the series shifts to St. Louis. 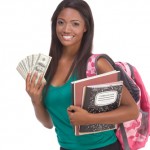