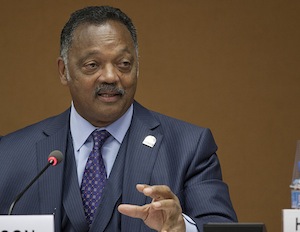 Reverend Jesse Jackson is scheduled to speak at HP’s annual meeting to address the lack of diversity in Silicon Valley and the tech industry as a whole, according to the Associated Press.

In a letter addressed to Silicon Valley’s prominent companies like Apple, Twitter, Facebook, HP, and Google, among others, Jackson addressed how the technology industry still suffers from a lack of diversity. “Technology is supposed to be about inclusion, but sadly, patterns of exclusion remains the order of the day.”

Jackson’s message, while using HP’s meeting as his launchpad, is the beginning of his appeal to the wider tech community.

HP, according to Gomez, has done quite a bit in 2013, spending nearly $1 billion with close to 500 minority businesses in the US, and “an additional $500 million with businesses owned by women.” That being said, according to recent Census data only one in 14 tech workers is black or Latino.

There are few high-level executives that are African-American, including Apple’s Denise Young-Smith who runs the company’s human resources department. At Microsoft, John Thompson was appointed chairman of the board in February after founder Bill Gates stepped down. Thompson also helped choose the company’s CEO Satya Nadella.

As for Jackson’s presence at the actual meeting? “We look forward to seeing Rev. Jackson,” said Gomez. Apple and Google declined to comment on Jackson’s assertion.

Flappy Bird is Making a Comeback in the App Store