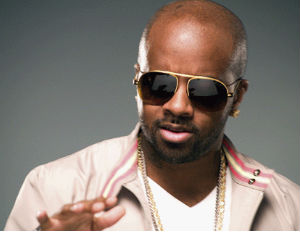 After a year of bypassing mortgage payments on his Atlanta mansion, Jermaine Dupri found a way to save his home from foreclosure for a second time in the last four months, says TheUrbanDaily.

The Atlanta-based producer was first said to owe $193,404 in back mortgage payments, but was able to convince a judge to postpone placing his mansion up for auction as he claimed the total amount due was incorrect. But as quickly as Dupri put a halt on the foreclosure, his house was once again set up for auction, which was scheduled to take place January 2. According to TheUrbanDaily, the former SoSo Def executive “filed an emergency injunction claiming the mortgage company has yet to prove he owes the amount of money they say he does,â€ thus, he has yet to make any payments.

Dupri’s mortgage company reports he owes approximately $410,000 on his home, but JD claims the actual amount is around $111,845. Another hearing has yet to be set to address JD’s claims.

Cee Lo Green Decoded: Conquering All From Hip-Hop to Hollywood