In the piece, “It’s Time for Black Athletes to Leave White Colleges,” Hill argues that:

“The NCAA reported $1.1 billion in revenue for its 2017 fiscal year. Most of that money comes from the Division I men’s-basketball tournament. In 2016, the NCAA extended its television agreement with CBS Sports and Turner Broadcasting through 2032—an $8.8 billion deal. About 30 Division I schools each bring in at least $100 million in athletic revenue every year. Almost all of these schools are majority white—in fact, black men make up only 2.4 percent of the total undergraduate population of the 65 schools in the so-called Power Five athletic conferences. Yet black men make up 55 percent of the football players in those conferences, and 56 percent of basketball players.”

According to Hill, black athletes should consider attending HBCUs to help them financially since most PWIs make millions off of players of color. “Alabama’s athletic department generated $174 million in the 2016–2017 school year, whereas the HBCU that generated the most money from athletics that year, Prairie View A&M, brought in less than $18 million,” she writes.

The article, however, has generated a storm of backlash, with some critics labeling her racist and pro-segregationist. Others pointed out that Hill didn’t even attend an HBCU–she graduated from Michigan State University. The former ESPN host took to Twitter to clap back at those making noise about her editorial, explaining that she is advocating for black student-athletes to use their talents to help disenfranchised communities of color.

“…Encouraging black people to rebuild their communities is literally the opposite of racism,” she tweeted, adding “Zion [Williamson, the NBA’s top draft pick this year] could have played on the moon and been the no 1 pick. The real shame is that he had to go to college in the first place, but I digress …” 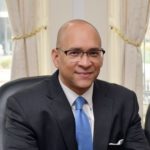 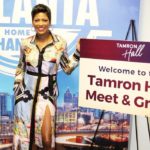