The Shawn Carter Foundation, founded by hip-hop billionaire Shawn “Jay-Z” Carter, is set to host The Shawn Carter Foundation Gala Weekend on Nov. 15-16, 2019, at the Seminole Hard Rock Hotel and Casino in Hollywood, Florida. As the organization’s sole fundraiser of the year, this weekend will consist of a blackjack tournament experience, a black-tie gala, silent and live auctions, in addition to a performance by Grammy Award-winning icon Alicia Keys, and other special events, all in the name of supporting deserving scholars.

“Equipping our youth with the tools to succeed will always be a priority for me and my family,” said Jay-Z in a statement, according to Billboard. “I’m looking forward to continuing that mission at this year’s Shawn Carter Foundation Gala Weekend, where we’ll celebrate our scholars and continue to support young people in a meaningful way.”

Excited to announce 15X Grammy Award winning icon @AliciaKeys for an exclusive, one-night only performance on November 16th to benefit the Shawn Carter Foundation. The @hardrockholly pre-sale starts tomorrow, October 4 at 10 am ET, followed by the public on-sale on Saturday. pic.twitter.com/louK5JsYjx

Although Jay-Z earned $81 million and was crowned as hip-hop’s first billionaire earlier this year, he still wound up in second place behind his mentee and “younger brother” Kanye West. Earlier this year, the NFL announced a long-term partnership with Roc Nation, Carter’s sports and entertainment agency, as the league’s official Live Music Entertainment Strategists. The partnership, which went into effect at the start of the 2019-20 season, will serve to strengthen community through music and the NFL’s Inspire Change initiative. 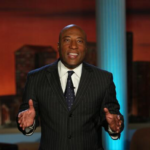 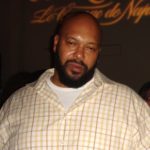