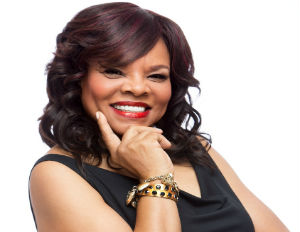 It’s no secret that the emergence of the digital age has caused all media brands to shift their company’s strategy and re-focus in order to remain afloat in today’s competitive news industry.

Last week, it was reported that Sister 2 Sister magazine was the latest black media publication to fall victim to the changes that are taking place in print media. With news surfacing the net about the magazine filing for bankruptcy and focusing more on digital, some reports added that the publication’s print edition was ending, while others said that it was simply going on a hiatus.

BlackEnterprise.com caught up with Sister 2 Sister’s publisher Jamie Foster Brown to get first-hand scoop on what’s really happening to the brand that has been a long-standing source for credible information in the black community.

BlackEnterprise.com: In what ways do you think focusing more on digital will help the Sister 2 Sister brand grow?

Jamie Foster Brown: We’ve started thinking about this last year and you have to go along with the times. We’ve always had a website but we haven’t really focused on it. After the 20th anniversary we wanted to be a trail blazer so we brought in great people to help with the website. This transition into a digital platform is what all print media has to do in order to stay ahead of the game.

One of the most important ways the expansion of digital will improve the brand is that it allows S2S to better serve the needs of advertisers who are looking for answers on how to better leverage the digital space while providing readers more unique content with a rewards program, which is key to digital success.

What uniqueness will Sister 2 Sister bring to the digital space that sets it apart from other media outlets?

It’s the same thing we brought to magazine. It’s the honesty. It’s the Wild Wild West in the digital world. We still have celebrities who come to us if they want their truth told. And that’s what we have with the digital space. It’s a safe haven for them. We have a lot of them coming to us saying “Hey, I want to talk to Jamie,â€ and that’s the brand that we have that has allowed us to move so quickly forward.

Sister 2 Sister has been around for 26 years. What would you say is the key to remaining a relevant brand for all these years?

We were one of the first ones to write about hip-hop and the new culture that began when I started working with Bob Johnson in 1981. I was the one who put LL Cool J, Will Smith and all those kids on television. That’s when I learned how I could use celebrities to teach. I care about teaching my people. I would ask a lot of questions about what their life was like, what were some of the pressures and trials and tribulations because celebs have a lot of creativity that sets them apart from a lot of people. So we do a lot of storytelling and every time I interview [celebrities] I want the readers to come away with something that can help them in their lives.

What do you have to say to readers who think that the bankruptcy and the hiatus of the magazine is another way of saying your print edition is leaving?

We’re not going away. We are restructuring. I need to stay in touch with my readers, with my people. I can’t leave them. I was the only one who gave our people a voice who were locked up in jail. There’s a passion in my heart and it’s not just for black people it’s for God’s kids. So we’ve got a new team and we’re very excited and we think we’re going to grow even more as we continue.

Again, we haven’t filed for bankruptcy. We are simply restructuring at this point.

Millennial Votes Are Seemingly Up For Grabs