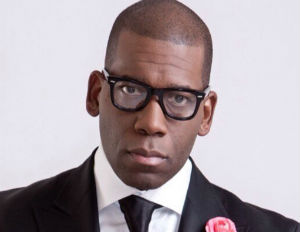 He’s already led the growth of a ministry into megachurch status at Baltimore’s Empowerment Temple and now, according to reports, the Rev. Jamal H. Bryant will run for the U.S. House seat held by Rep. Elijah E. Cummings.

The 44-year-old Democrat and pastor says Washington needs new leaders and told supporters gathered in Bolton Hill Monday that Baltimore’s schools need improvement, noting the shrinking of the middle class, highlighted heightened and cited that the police are “out of control.”

“I am not opposing anyone,” he said. “I’m proposing new ideas. … There’s no time better than now to shift the pendulum in America.”

#JusticeSummer marchers are only 8 miles away! An email is coming your way on how to get involved! pic.twitter.com/oOdFkmxRmV

Cummings is an 11-term incumbent who is considering a run for Senate. When asked about whether he would challenge Cummings if he indeed seeks re-election, Bryant told reporters that “all of my indicators” and “my intel” say the representative is running for Senate. He also indicated that if the legislator sought re-election, he would have a discussion with him “because I respect him that much.”

Cummings sent a statement earlier Monday confirming that he hasn’t made a decision, under letterhead that referenced the “campaign to re-elect” Cummings to the House. He also indicated that “any assumption that I will not run for re-election to the House of Representatives from Maryland’s 7th Congressional District in 2016 is definitely premature.”