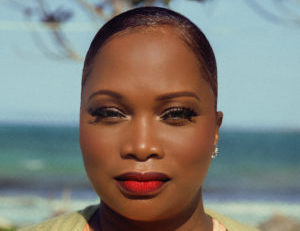 In 1992, Lois Hines co-founded Tropic Isle Living, a line of natural hair and skin products made with castor oil and other organic ingredients. Since then, the brand has grown into a multimillion-dollar business that has helped shape the natural hair movement. In addition to being sold online, Tropical Isle Living can be purchased at Walmart.com and select Burlington Coat Factory stores. For Hines, however, celebrating the success of her company is  “bittersweet.” Just one year prior to striking a deal with these two major retailers, she lost her business partner and husband to brain cancer.

In an exclusive interview with Black Enterprise, the widowed mother of two opens up about her journey as an entrepreneur and how she has managed to run the company in wake of the passing of Michael Hines in August 2016.

Long before she and her late husband launched their business, Hines found inspiration to produce and sell organic goods in her homeland of Jamaica. As a child, Hines’s paternal grandmother taught her about her ancestry, culture, and the benefits of natural herbs. However, it wasn’t until after she migrated to the U.S. as a teenager that she developed a deeper appreciation of the lessons and traditions passed down to her. “I think people of color sometimes forget our forefathers, our grandmothers, [and] those who come before us,” she told BE. “When it comes to hardships and struggles, they got it right. They lived the best life that they could with the herbs that they had provided [to] them.”

After meeting Michael as a teen, Hines discovered that they shared a passion for their Jamaican heritage and healthy living. They officially began dating when she was 18 years old and he was 22. They married four years later after and found themselves working for a business in the Bronx, New York. However, when Michael discovered that the company produced farm-raised fish, Michael refused to sell a product that he would not eat himself. Hence, they walked away from the business and consulted with a mentor, who suggested that they bring castor oil—an ancient and natural oil traditionally used for hair, skin, and nails and treating a multitude of ailments and ills—to the U.S. market. Michael coined the name Jamaican Black Castor Oil and the rest was history.

“We started with $50, that’s how much a gallon of Jamaican Black Castor Oil cost, and it all came from our personal salaries and savings,” says Hines, who carried the gallon of castor oil in her suitcase back to the states. “It was not money that really drove us, it was the fact that we wanted to provide good, healthy, natural products to people.”

The Hineses started out peddling Jamaican Black Castor Oil on the streets of New York City before relocating to Georgia. Around 2008, Hines was laid off from a managerial position in corporate America and began working for Tropical Isle Living as a full-time manager while Michael headed their research and development department. Under her leadership, company profits tripled in a matter of months. “We kept investing back in the business our salaries and savings,” says Hines.

Today, the Marietta, Georgia-based business produces tens of thousands of units per week that are available in hundreds of retailers around the world. Yet, despite the high demand, Hines reassures that their precious castor oil has not been compromised. She purchased three farms and continues to produce the oil as organically as possible. “We take our time to develop our products. It has to be all-natural or organic in nature,” says Hines. “As the product comes, it goes out the door. We don’t keep anything in stock. And we’re constantly trying to keep ahead as much as we can of our demand.”

The process of planting castor seeds and then growing, roasting, boiling, and skinning them to produce oil is meticulous—but it has paid off. In 2016, Hines says she and her 15 employees generated over $5 million through the sale of more than 2 million bottles of shampoo, body butter, and bath gel. “You just have to stay ahead of the game in terms of making sure that you’re producing and farming enough to meet the goal of now and the future.”

Hines, who is considered as a pioneer of the natural health and beauty movement, says that going natural and eating clean wasn’t as socially accepted when she introduced Jamaican Black Castor Oil to the market back in the ’90s. “We were natural before natural was hot. We were so natural that my daughters, sisters, and even my mother thought we were crazy,” Hines said with a laugh. “The movement grew slowly and it caught fire. People now understand it does not matter how long you live, it’s the quality of life you live.”

After 25 years of working to make their entrepreneurial dreams a reality, Michael died at the age of 51 on August 23, 2016, seven days before Hines turned 47. According to Hines, Michael practiced a healthy lifestyle, so much that his doctors were shocked when he was diagnosed with brain cancer. His dedication to healing the world with a Jamaican herb was his only weakness. “The only thing that I can conclude, ever since I’ve known my husband, he only slept for four hours a night. He only researched and researched. I think that his brain just got burned out,” she said.

Nonetheless, the Hineses prepared for the worst after he was diagnosed. “We spoke for the 19 months that we were told that he had. We spoke about the future of the company and where I wanted to take it and whether or not I even wanted to continue without him. And he just gave me the push. [saying] ‘you know you can do it. You have all the tools…You know you can do it.'” It was that encouragement that gave Hines the push, passion, and faith to continue running the business without her husband.

Hineses says she distinctly remembers the day Michael passed, down to his last minute. “It was an amazing day,” she says. “It was a beautiful thing. He was at peace with everything. We were all there by his bedside and I was praising God just for his life. He was surrounded by love. And I kissed him.” She said, adding that she literally “kissed the man to death.”

Before crossing over, Michael told Hines to “just keep living,” and she did. The day after he passed, she made sure both of their children were back in school. She also didn’t take much time off from work. Instead, she went on to push to get her products sold on the walmart.com platform and Burlington stores.

Although it’s hard for her to estimate her projected sales growth, her optimism is at an all-time high. “The sky is the limit,” she says. Nonetheless, she admits “each milestone I make without [Michael] is definitely bittersweet. But I know wherever he is—and I know he went to a good place because he was such a good man, a good father, a good friend, a good mentor to me, because I knew him since I was 16 [years old] he kind of groomed me—I know he is sitting somewhere just watching and smiling.”

She added, “It’s the good that we do on this earth, the legacy that we leave behind, the people that we touch, the things we do for each other, that is what drives me. That is and was the core of who Michael was as a partner. And it is what I’m trying to impart [to] my employees and my children: do all the good that you can in all the ways you can just as long as you can.” 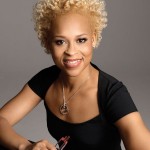 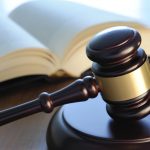