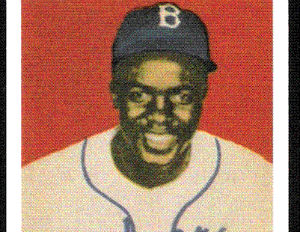 A Jackie Robinson-used baseball glove, believed to have been used in the 1955 and ’56 World Series, sold for $373,002 in an online auction that ended Monday, Steiner Sports in New York is reporting.

The auction also included Mickey Mantle’s 1960 contract with theÂ New York YankeesÂ which sold for $39,930, proceeds of which will go to Hurricane Sandy relief.

Face2Face Africa Honoring Who’s Who of the African Diaspora