J. Cole: 'I Want to Open a Cheesecake Factory' 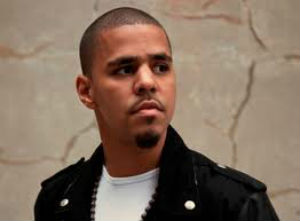 When asked what he drinks, J. Cole gave us all a bit of insight into his entrepreneurial mind outside of hip-hop. It’s a savvy one, too: The Cheesecake Factory.

Because, honestly, who doesn’t love The Cheesecake Factory?

“Hennessy and Coke,” J. Cole told Daily Intelligencer. “Nothing fancy. Sometimes I try a Mai Tai. It’s so fruity. It’s a little embarrassing, but I like it. Cheesecake Factory has good Mai Tais, actually, which they don’t have in New York City. We need to get one. I tried to look into investing, to franchise, but they don’t do that.”

Meantime, Cole has done well to stick with the music. His new single, Power Trip featuring Miguel has been released to critical acclaim. He also recently released a free EP of songs that he says didn’t fit onto his upcoming album, Born Sinner.

“Along the way I’ve recorded at least 4 albums worth of material, lots of it being unfinished demo versions waiting to be polished up, some of them are great songs and important stories that just won’t make the album,” he told his fans in an open letter.

“He’s right, all of our restaurants are company owned and operated,” said a Cheesecake Factory spokeswoman reached via phone.

Updated Thursday: The Cheesecake Factory reached us via email.

“Although we don’t franchise, we are sincerely flattered that J. Cole is such a big fan of The Cheesecake Factory — and our Mai Tai’s — that he would be interested in owning a franchise. That’s quite a compliment!” said spokeswoman Alethea Rowe.

Read more answers from the Born Sinner over at NYMag.com.