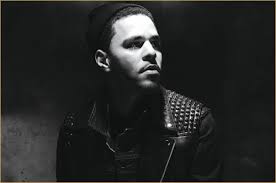 When I asked mega-producer Sean Garrett what his impression of what was happening in hip hop right now, he kind of put his hands in his pockets and shook his head as if he’d been thinking about it for a while, but was at a loss for words. He could have gone anywhere with his answer, but he had one artist in mind in particular.

“Right now is a really, really great time for music,” Garrett said. “As you can see J. Cole is really doing his thing, selling a ton of records.”

Yes, J. Cole is finally getting his due as not only one of the best lyricists in the game, but as one of the best producers, too. While we usually focus on one song in our ‘Money Lessons’ feature, we figured we’d shake things up a bit and look at the entire album.

1. When building wealth and setting financial goals, you should be confident to the point of arrogance. “Damn Cole, wish I thought you would be rich,” Cole says people say to him in Land of the Snakes. “Well, should’ve asked,” he replies. Your goals — financial and otherwise — should be a foregone conclusion. That’s the economy of accomplishment. Knowing you’re going to make it happen no matter what.

2. Some financial behaviors are learned. “How momma gonna teach you how to save your money, when she barely on the boat got stay afloat money?” Unfortunately, too many bad habits as they relate to money are learned from our parents. Ridding yourself of destructive financial behavior can be difficult, but not impossible. If you get the chance and haven’t already, make sure you read Rich Dad, Poor Dad.

3. More money almost certainly means you have more responsibility. The original born sinner said that once he got more money, he had more problems. Tax problems. Lending people money problems. Accounting problems. All of that. Be sure that for all of your ambition towards reaching your money goals that you understand each and every one of the implications that go along with arrival. It’s a reality that J. Cole seems aware of on the brief interlude track Mo Money: “So much money I don’t know who stole from me/ Hard to keep track I’m used to having no money.”

4. Keeping up with appearances can be financially disastrous. “Money short so this jewelry is like a weave,” Cole raps tightly. He calls it a form of slavery, using things like jewelry and diamonds to make it seem like you have more money than you really do. J. Cole’s message is refreshing. Especially since lots of young people are listening up.

5. If you let it, money will change you.

A sobering admission, to say the least. It takes a whole lot of introspection to know and be able to admit when something has changed you. But when that something is money, something we all want and need, how do you admit that to yourself? Much less put it on a song. It’s what makes Cole one of the most beloved rap artists of our time. As it turns out, he’s still only getting started.

Young Professionals: Your Guide to Overcoming a Bad Work Week