Square To Give More Money To Small Businesses - Black Enterprise 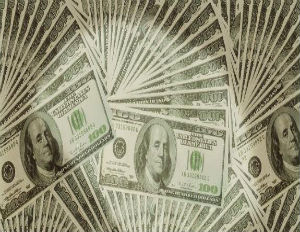 Square, PayPal, and Kabbage are among the major online payment services that provide micro loans or cash advances to merchants based on their sales revenue. Square recently unveiled a deal with Chicago-based Victory Park Capital that will extend hundreds of millions of dollars to its Square Capital, reports VentureBeat. Victory Park specializes in providing financing for small- and middle-sized businesses.

“This speaks to the value of Square’s data, which provides a unique [understanding of these small businesses] that others don’t have,â€ a Square spokesperson told VentureBeat. “We’re in a unique position, able to see money coming in and going out, so we don’t need to spend months” [like banks do to assess the risk].

The new funding will allow Square to “reach outâ€ to more merchants. To date, Square has invested $50 million of its own money in the program and says it has assisted more than 10,000 merchants.

Square Capital was launched last year in response to participating small businesses and the challenges they faced accessing small amounts of working capital to help with cash flow, without going through bank applications that could take up to a year— after which they still might not get qualify for the funds. Square also notes that business owners expressed that they wanted a fixed payback amount, and that they preferred to pay back less when revenue was down instead of a fixed amount each month.

“Every offer is unique, based on a variety of factors,â€ the spokesperson said, including the business’ history with Square, processing volume, and growth. Costs average 4 to 10 percent of the advance, but a merchant “can’t mix and match their options,â€ she told us. Square generates three unique offers, and the merchant can choose one or not. Most amounts are under $10,000, but there is no official maximum.

Per VentureBeat, Square sees this as a cash product. You buy the product, which happens to be $10,000, for $11,000, and then you pay it back as a percentage of your sales. The price of the product remains the same, and, if your business takes a dive through the summer months, for instance, your payback amount drops accordingly.