Ivy League Basketball: Ahead Of The Curve In Coaching Diversity 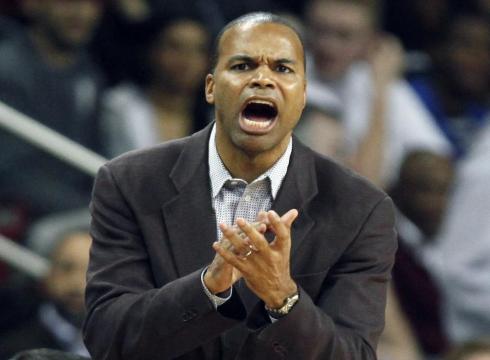 Harvard's Tommy Amaker is one of several African American coaches in the Ivy League.

Quick trivia question — which Division I men’s basketball conference, other than those that oversee the nation’s Historically Black Colleges and Universities like the MEAC and the SWAC, currently has the country’s highest concentration and percentage of African-American head coaches?

Many will be surprised to find that the answer is The Ivy League, where an astounding 50% of the conference’s programs have an African-American roaming the sidelines and occupying the top spot.

Throughout the month of February, in honor of Black History Month, we’ll delve into the lives of Cornell’s Bill Courtney, Harvard’s Tommy Amaker, Yale’s James Jones and Penn’s Jerome Allen, bringing you portraits of who these men are, not simply as hoops coaches, but also as educators and mentors at some of America’s most academically rigorous and prestigious institutions of higher learning, examining how they’ve arrived at this specific juncture in their respective life journeys.

For those who may not follow college basketball on a consistent basis, there may be a preconceived notion about the quality of hoops being played in The Ivy League. And to debunk that stereotype, which normally centers around athletically inferior Rhodes Scholars utilizing screens and backdoor cuts to lull their competition into a sense of complacency, all you have to do is hearken back to last March.

Tommy Amaker’s Harvard team was making its second consecutive appearance in the NCAA Tournament, yet the program was mainly a topic of national conversation because of the shocking ascendance of Crimson alum Jeremy Lin on the NBA landscape, which became popularly referred to in the public lexicon as the sports and cultural phenomenon known as Linsanity.

But if you saw Harvard defeat a team that many deemed a potential Final Four contender in #3 seed New Mexico, 68-63, in the opening round of March Madness behind Wesley Saunders’ 18 points, Laurent Rivard’s five three-pointers and the crafty floor generalship of freshman point guard Siyani Chambers, you could easily sense that the result was far from a fluke.

Listen Up! How to Become a Savvy Social Listener