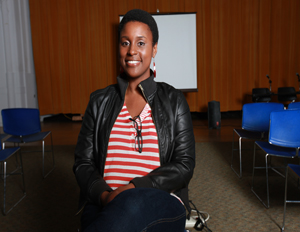 A new digital series, The Choir from YouTube sensation Issa Rae premiered on Alright TV last month. Rae is the creator and star of the hit web-series The Mis-Adventures of Awkward Black Girl. Alright TV is a digital channel, offering faith friendly content viewing, that was developed by BET founder Robert L. Johnson, chairman of The RLJ Companies, and Tracey E. Edmonds, President and COO of Our Stories Films. Alright TV is a digital collaboration with YouTube that includes an array of online productions and entertainment.

The Choir is a “dramedy” that follows the United Church of Holy Christ in Fellowship’s choir as they attempt to rebuild a declining congregation. The premier episode debuted on Alright TV on August 29th. But new series is getting mixed reviews. Some critics have hailed Rae’s humor, while others criticized the series for mocking the black church.

News about the series was first announced in March of this year. “Issa Rae is a groundbreaking writer and producer. We are thrilled to showcase her new series, The Choir, on Alright TV,” said Edmonds, who serves as president and CEO of Alright TV, in a press statementÂ  “Issa is a rising star in the industry and her work is not only thoughtful and clever, it is hilariously funny and a delight to watch. I am certain Alright TV viewers will find her latest production interesting and relatable,” she added.

As the creator of The Mis-Adventures of Awkward Black Girl, Rae is at the forefront of the digital web revolution and has become a pioneer in the fight against the narrow, mainstream portrayal of people of color in the media.

To watch the series online go to www.youtube.com/alrighttv.

Getting Credit Harder For Small Businesses 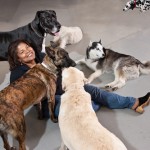 Owners Can Get Buried With Their Pets