It Isn't a Bad Thing to Be Aggressive 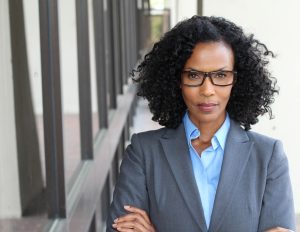 Recently, a former colleague described me as “laid-back.”Â  On the outside, I smiled politely. On the inside, I cringed.Â  If there’s one description of myself that I try to avoid–at least, in a professional setting–it’s “laid-back.â€Â  I would strongly prefer to be described as “aggressive.”Â  Some might wonder why, so let me explain.

In the past, I actually aspired to be described as laid-back. Why?Â  Because laid-back operates as a catchall for many other traits that I view as appealing.Â  Laid-back meant fun, easygoing, and uninhibited.Â  Laid-back meant cool.Â  Smooth.Â  And these are all still positive traits to have in many circumstances.

So why did I cringe?Â  Well, Merriam-Webster defines “laid-backâ€ as “having a relaxed style or character.â€ Â Again, positive in many circumstances, but when I think about the successes I’ve had, more often than not, they’ve come from being aggressive, not laid-back.

Despite these negative associations, however, I would argue that the benefits of being aggressive greatly outweigh the potential downsides.Â  For instance, being aggressive in a professional setting signals concern for one’s career, as well as a desire to advance. Being aggressive in personal and romantic interactions communicates one’s intentions unambiguously. This means less confusion and more mutual understanding.

To be clear, though, I don’t advocate unfettered aggression. As with most things, balance is appropriate. The old adage that “it is easier to catch flies with honey, than with vinegar” still rings true, so being aggressive shouldn’t require one to completely sacrifice being friendly, thoughtful, and compassionate.

Here’s part of what I mean by being aggressive:

Whatever your passions are, don’t be afraid to pursue them proactively. For example, if someone with a background that aligns with your interests just checked out your LinkedIn profile, go ahead and message them, even if he or she is a total stranger. You never know where one email or conversation might take you.

There’s no harm in setting easily reachable goals, but while you’re at it, aim high as well. For example, are you applying to graduate school?Â  If so, assuming you have adequate time and money to do so, don’t hesitate to apply to one or two programs that might seem like a stretch, based on your grades or test scores. The upside of admission to a more competitive programs are numerous, and you only risk the disappointment of receiving a rejection notice–nothing more.Â  Also, even if things don’t work out, by preparing to apply to programs with more competitive admissions, you will likely improve the quality of your applications to less competitive programs.Â  So there are benefits across the board.

Consider eagerness a good thing, and don’t reluctantly show it.Â  Being eager doesn’t mean desperate, but rather, enthusiastic, and enthusiasm is infectious. So if you have unique skills, share them freely. For instance, are you a good organizer? Find ways to lend your organizing talents to different causes–at work or elsewhere. Others will recognize your contributions, and you will stand out in a positive way. Additionally, being eager in personal interactions often conveys sincerity that others appreciate, so don’t hesitate to eagerly express interest in someone or something. It can only enrich your pursuit of your goals.

The Need for Needles This Flu Season