Is Your Internet Slow? Complain to the Attorney General 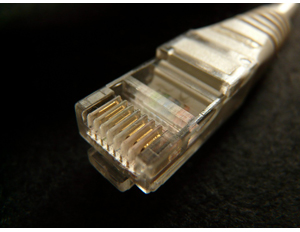 Did you ever wonder if the Internet speed you are paying for is the speed you are actually getting? New York Attorney General Eric T. Schneiderman is calling on New Yorkers to test their broadband speeds and submit the results to his office via an online form.

Schneiderman is conducting an investigation involving Verizon, Cablevision, and Time Warner Cable. He wants to ensure that consumers are getting the broadband speeds they are paying for.

[Related:Â Share Your Wi-Fi With Holiday Guests Without Killing Your Connection]

The investigation will also look into contractual agreements Internet providers, such as Verizon, make with third-parties. In some instances, customers paying for premium Internet speed may have had an interruption in their service due to a contract dispute between an Internet Service Provider and one of its partners.

To test your broadband speed and submit to the Attorney General’s office:

Go to this link: http://InternetHealthTest.org/.Â Click “Start Test.â€ Once the steps have completed and the test is finished, take a screenshot of your results; [Ctrl+PrtScn] on Windows and [Command-Shift-3] on Mac. Fill out the form at the bottom of this page and click “Submitâ€ to send to the office of the Attorney General.

You can double-check your Internet speed with another handy tool: TestMyNet.Net (http://TestMy.net/). This test allows you to test, download, and upload speeds separately; you can also set a manual file size for testing. This lets you see how well your Internet connection handles large versus small files for uploading and downloading.