Is Your College Degree Still Worth the Investment in Today's Job Market? 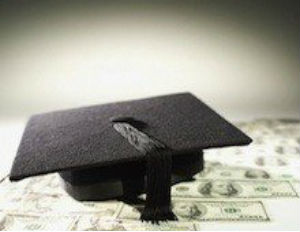 When Allison Goodwin entered law school at North Carolina Central University in 2008, she had no clue that three years after earning her degree she would still be without a job. While several industries took a big hit around the time of the economic downfall, few predicted that the lucrative law business would be drastically impacted.

“When I first went to law school, no one thought it was going to take this long,â€ says Goodwin. “Even though the economy had just crashed, we thought lawyers would do OK.â€

In 2007, a record high of 91% of law school graduates landed jobs within their field. After the 2008 meltdown, that number dropped drastically, with just 65.4% of law school graduates landing jobs for which they needed to pass the bar. Today that number has decreased even more to about 59.9%, with the average graduate earning a median starting salary of $63,000 while balancing student loan debts anywhere between $150,000 to $200,000.

[RELATED: Average Pay for College Graduates Lower Than 15 Years Ago]

Goodwin, who graduated law school in 2011 and admits to applying to well over 100 jobs in her field, says that even after she opened her job options to positions outside of law she’s had no luck.

“It’s very hard to get jobs outside of law when you put that J.D. on your resume,â€ says the 29-year-old, who confessed to applying to an executive assistant position and being told that she was over qualified. “It’s a misconception because people still believe that you can come out of law school and just go make six figures, but if they’re not in the field they don’t understand what the job market is looking like.â€

While Goodwin’s story speaks volumes to the job market law school students face today, her rocky road to employment is a larger reflection of the impact your choice of degree can have on your career options and financial situation.

“In the ’70s, you could go to college and your major didn’t matter that much, but now it’s definitely all about what you get your degree in,â€ said Anthony P. Carnevale from the Georgetown Center on Education and the Workforce. Serving as one of the co-authors of the report What It’s Worth? The Economic Value of College Majors, Carnevale advises college students to choose their majors wisely so they can have a fair shot in today’s job market. 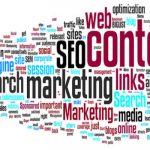 [Part 2 of 4] Marketing Ideas to Promote Your Business