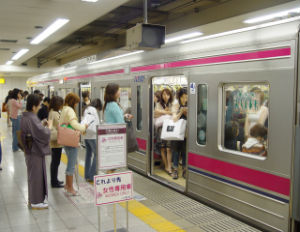 According to The Guardian, British Labour Party politician and member of Parliament, Jeremy Cobryn, has suggested women-only cars in the UK, tying in safety for women around the world.

To help reduce incidents involving sexual harassment, the idea can become a plan if women agree to it.

In the past, several other countries have implemented this new tactic. Iran has completely separate commuter buses for men and women, even married couples, with optional women-only carriages on the metro. Over a decade ago, Japan began their women-only rides on metro and train lines after reports surfaced claiming more than half the women have been groped while using public transportation in Tokyo. In addition, India introduced “ladies specials” in 2009, to deal with the ongoing sexual harassment cases. Other countries that also have women-only cars include Dubai, Egypt, Indonesia, Brazil, Mexico, and Malaysia. Now, the UK could be joining the list.

Cobryn stated, “It is unacceptable that many women and girls adapt their daily lives in order to avoid being harassed on the street, public transport, and in other public places from the park to the supermarket. This could include taking longer routes to work, having self-imposed curfews, or avoiding certain means of transport.”

For more about this potential safety issue, take a look at these online discussions:

A Look at Women-Only Transportation Around the Globe

What are your thoughts on women-only train cars for future public transportation methods? Share with us in the comment section below.

October is Breast Cancer Awareness Month: 4 Ways to Get Involved