Is Offering Free Surgery the Next Big Employee Perk? 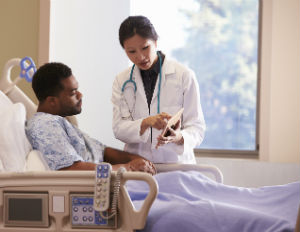 Employers are constantly trying to find new ways to improve their benefits package that adds value to both them and their employees.

In 2014, tech giants Apple and Facebook announced their plans to expand their benefits package to cover up to $20,000 for female workers to freeze their eggs. In September 2015, PricewaterhouseCoopers joined the bandwagon of many companies, when they announced their plan to help employees pay down their student loan debt.

But what about expanding the healthcare benefits of employees to include free surgery? Well that’s what Lowe’s, Walmart and a number of other large companies are starting to do.

In 2010, Bob Ihrie, who serves as senior vice president for compensation and benefits at Lowe’s, came up with the idea for the home improvement company to offer its employees certain surgeries at major hospitals for free.

How it works is that Lowe’s and other employers pay one flat rate for a particular procedure from a number of hospitals they’ve selected. Under the agreement, the hospitals handle all of the treatment, including surgery, physical therapy and any complications that may arise, for one price.

The Pacific Business Group on Health helps Lowe’s, Walmart and other large companies to negotiate this flat rate, which is also referred to as a bundle rate. According to Money.com, companies are often able to get a rate of 20 to 30% less than what they are used to paying for the procedure.

While the program is optional for Lowe’s employees, the company currently has more than 700 workers who take advantage of the benefit.

Are there any unique employee perks you’ve heard companies offer? If so, tell us what they are in the comment section below.