Investing in the Future - Black Enterprise

Educating young minds for some 30 years is no small feat. But it was a love for children that inspired Larry and Brenda Breland to become schoolteachers. While educators don’t always get paid their true worth, these native Mississippians managed to retire from the public school system in 2002 with $180,000 combined from their state retirement plans. The couple also owns several rental properties valued at nearly $1 million, which provide about $3,000 in monthly rental income.

The Brelands have always been good about planning for the future, so it’s no surprise that they were able to leave the workforce in their early 50s. “We set a goal to retire early and enjoy life after retirement,â€ says Brenda, age 58.

Each month, the couple brings home about $5,000 a month in retirement income, including funds from their other investments–namely real estate. In 1972, they purchased land in Picayune, Mississippi, for $1,000 and sold it for more than $20,000 in 2007. It’s that kind of shrewd prudence that has allowed the couple to accumulate wealth over the years.

The Brelands started investing in rental properties to supplement their income. To date, they have acquired seven single-family homes and are in the process of building two duplexes. In 2008, along with their adult sons and daughter, the Brelands formed 3L Investment Group L.L.C. to acquire rental properties and business ventures and to ensure that the family’s assets will be passed on to future generations.

The husband and wife team also helped put their three children, Larry II, 27; Larenda, 24; and Lorenzo, 23, through college at Jackson State University. The key to the couple’s success is meticulous planning and preparation.

The Brelands–who were high school sweethearts–have been married for 36 years and have talked openly about saving and investing since they first exchanged wedding vows. “We were married for 10 years before we had our first child,â€ says Larry, 61. “We planned it that way. For those first 10 years we went back to school to further our degrees.â€ Larry holds a B.A. from Jackson State, his wife is a graduate of Mississippi Valley State University, and both received their master’s degrees from Jackson State. During those early years, the couple focused on saving 10% of their income. “When we could save more, we did,â€ Larry recalls. When they first began teaching, they each brought home about $700 a month; by the time the two retired they were each earning around $42,000 a year. 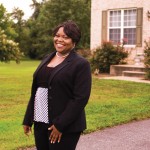