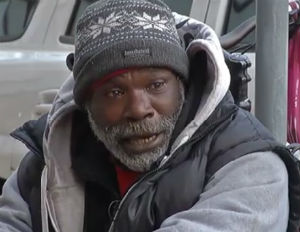 The husband of a Kansas City woman who had her diamond engagement ring returned to her by a homeless man, started a “reward” fund for the man that’s amassed $150K, Gawker reports.

Sarah Darling’s ring ended up in Billy Ray Harris’ possession after she dumped the entire contents of change purse into his cup. She forgot she had put her engagement ring in the change purse temporarily. Though she thought there’s no way she’d ever get it back, when she went back to Harris to see if he had the ring, he immediately gave it to her.

To reward Harris for his honesty, Darling and her husband Bill Krejci launched an online fundraiser for him on at giveforward.com which has already amassed $150,000 in donations. The campaign ends in 80 days.

During America Saves Week, Get Serious About Your Financial Plan