As the nation grapples with civil unrest over police brutality and issues around Black Lives Matter, the U. S. Black Chambers Inc is addressing economic disparity by helping young black men in Washington, D.C. to become business owners. The organization has launched the first Young Black Male Entrepreneur Institute event at the City Club in the nation’s capital. This is the first of many in the United States. USBC is an organization comprised of self-sustaining Black Chambers and nationwide small business association.

According to USBC, this pilot initiative provides young Black male entrepreneurs, both seasoned and novice, the opportunity to experience a specialized curriculum derived from our nation’s most competitive business schools and business development counseling in the region. The participants have the opportunity to collaborate with fellow entrepreneurs, network with successful chamber leadership and improve their local communities by creating jobs.

Through the USBC network, the young men will have access to resources and support to help sustain their businesses. Beyond creating wealth building practices, this initiative aims to reshape society’s negative perception of African American men by elevating their visibility and impact in business, community and leadership; and enhancing their interest in economic development.

“When approached by President Busby, Keith and I jumped at the chance to be instrumental in enhancing a diverse pool of young talented Black men who aspire to build legacies through economic empowerment as business owners and not just employees,” stated Howard R. Jean, Institute engineer.

“A fire was lit and it’s going to be amazing watching the paths to success created and blazed in the months to come,” added Institute organizer Keith Benjamin Jr. As business owners and social change agents, Busby, Jean and Benjamin Jr. take mentoring young Black men seriously, because doing so, they say, shapes the economic future of the Black community and society as a whole. 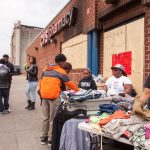 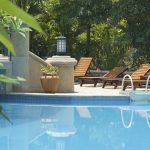 4 Digital Detox Vacations Around the World