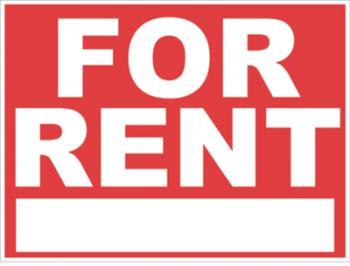 The skyrocketing demand to witness a history-making moment– the moment that makes it all official — President-elect Barack Obama’s swearing-in, has led to no vacancies at hotels, excessive demand for ceremony tickets, and a planned exodus of millions (reports have numbers at 4 million to be exact) to Washington, D.C. and the surrounding areas.

One company seems to have found a way for residents to bring in a little extra cash, and reportedly, professionals in the area who have homes are willing to leave during the inaugural celebrations to lend their spaces to total strangers.

Offers flood Craiglist’s ad pages offering rooms and residences, but this company takes it to another level: Inaugural Homes offers a database of sorts for those looking for housing during the inauguration and those looking to provide housing. There’s no sorting to be done, and you don’t have to weed through other classifieds or use search terms to find just what you’re looking for.
Homeowners become temporary landlords, providing some humble and not-so-humble abodes– from a one-bedroom in Chevy Chase, Maryland renting for $300 per day to a “large, elegant Embassy Row mansion” in Washington for rent at $24,000 per day.

The company reportedly plans to donate 10% of each subscription for its listing services to local charities.

Reports earlier this week indicated that Washington officials had plans to change rules concerning the subletting of houses and apartments because of the high demand.Â  Visitors are being advised to use caution when utilizing Websites in searching for housing, and to be aware of the safe condition of the home in which they rent and themselves as renters. Also, those who are offering their homes during the festivities are being advised to know their rights and safeguard their own safety in the maintenance and occupance of those homes.

Automakers to Plead Case for Bailout