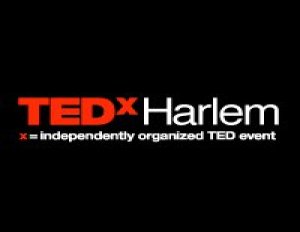 Some people thought it would never happen, but TEDxHarlem organizers weren’t going to prove them right. While the original venue was changed from the famous Apollo Theater to the historic Riverside Church and the price for general admission tickets slashed after complaints were made about the initial ticket price, the inaugural event occurred without a snag on Tuesday.

Kicking off with inspirational words from Marcus Glover, founder and curator of TEDxHarlem, the one-day interactive conference was comprised of various demonstrations, performances and short discussions, broken up into four movements that explored the latest ideas in innovation. Each movement tied into the forum’s overall theme, “Creating Waves,â€ which addresses the concept that ideas can spread and make an impact, despite their origin.

Over 20 presenters and performers took the stage throughout each of the movements: The Global Future: Topics That Will Impact Your World Tomorrow, hosted by economic consultant and green activist Majora Carter; The Application of Ideas: Ideas in Motion, presented by Cisco Vice President Carlos Dominguez; Innovation and Triumph: How We Did It, hosted by Founder and CEO of Team Epiphany Coltrane Curtis, and Actionable Movements: The Challenge, The Call to Action, hosted by Harriette Cole, president and creative director at Harriette Cole Media.

Presentations discussing health and wellness, science and technology and environmental concerns, among other topics, had the audience’s wheels turning, and ideas were formed right in the sanctuary. Let’s just say the foundation was being laid for major initiatives.

Conference attendees ranged in age from high schoolers to seasoned adults. The youngest presenter, 14-year-old Khadim Diop, had nothing short of wise words to share with the highly engaged audience. While he encouraged people to live life to the fullest, he reminded them that it starts with how one lives each day, especially the way individuals start their mornings. “You have to put on happiness like you put on your clothes each day,â€ reminded Diop.

Whether it was Pastor Mike Walrond‘s thought-provoking talk or a sneak peek at the campaign students from The Arts High School of Innovation in Advertising and Media worked on, one thing is clear: Great ideas will grow from purpose and passion.

Glover says this is the only beginning. Â “It’s not like TED is a household name in our community,â€ said the organizer. “There is a core of us that are inspired by TED and draw upon TED in our professional and our daily lives, but it was our belief as a team that there needed to be more accessibility to the inspiration around ideas.â€

With that said, it’s safe to say, the independently organized TED-licensed event will be back next year.

This conference was organized by Living Labs Foundation.

7 People Every Successful Woman Should Have in Her Circle