In the News: Unemployment Rate Inches Up to 9.1; John Edwards Is Indicted By Federal Grand Jury; Kwame Kilpatrick to Release a Biography - Black Enterprise 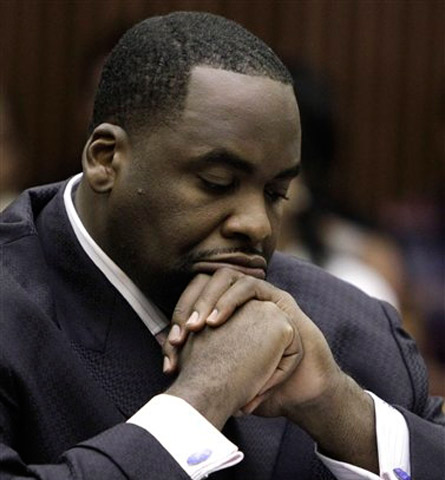 Hiring dropped for the month of May. Employers added 54,000 nonfarm payroll jobs to the nation last month–an eight month low, while the unemployment rate creeped up to 9.1 from 9.0, according to the latest Labor Department report.

The politician addressed reporters outside the courthouse in Winston-Salem, NC:

“There is no question that I have done wrong,â€ said Edwards. “I take full responsibility for having done wrong. However, Edwards claims he did not violate federal law.

I will regret for the rest of my life the pain and the harm that I have done,” Edwards said, “but I did not break the law and I never, ever thought I was breaking the law.”

If convicted, Edwards could face five years in prison and a fine of $250,000 on each of the six counts.

Former Detroit Mayor Kwame Kilpatrick plans to release a biography Aug 1 called Surrendered: The Rise, Fall and Revelation of Kwame Kilpatrick, according to the Associated Press.

Kilpatrick is serving a five-year sentence for obstruction of justice and violating probation. Funds raised from the tell-all book will go towards the $1 million in fines he owes.

Let Recession Be a Motivator for Your Career Progression