In the News: TV No Longer a Viable News Source for Young Adults - Black Enterprise The Internet has surpassed television as the main national and international news source for people under 30, according to a Pew Research Center study.

Last year, 65% of people ages 18 to 29 named the Internet as their source for news, which almost doubled from 34% in 2007.Â  Those who did consider television as their main source slipped from 68% to 52% in that same time frame.

This trend is spreading to other age groups. Nearly half (48 %) of those in the 30-59 age range note the Internet as their central news source. This is up from 32% in 2007, whereas television dropped from 71% to 63%. The number of people 65 and older who pull their news from the Internet rose from 5% to 14%. On the other hand, of those in the 51-64 age group, 34% turn to the Internet, which is comparable to the number of people who name newspapers (38%) as their go-to source.

The study surveyed 1500 American adults, 41% saying they received their national and international news from the web–a 17% increase from 2007.

What do you think? Take our survey. 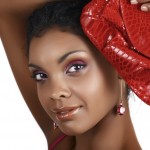 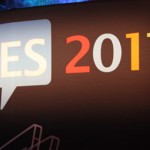