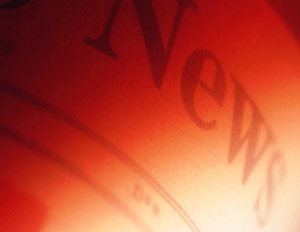 Forces loyal to Libyan ruler Col. Moammar Gadhafi have gained ground against governmental opponents in the eastern part of the country, according to The Associated Press.

Reports show pro-Gadhafi fighters deployed air strikes on the rebel-seized city of Ajdabiya and gained control over Brega, an oil-exporting terminal on the coast of Libya. The recent violence is causing a growing concern amongst global entities–from the United Nations refugee agency to the United States–however, Gadhafi has made it clear no external forces will be entering the state. The Libyan leader warns that thousands of Libyans will die if the United States or NATO forces choose to step in.

“We will not accept an intervention like that of the Italians that lasted decades,â€ said Col. Gadhafi, referencing Italy’s colonial rule in the beginning of the 20th Century. “We will fight until the last man and woman.â€

On Tuesday, the U.S. ordered two warships–the USS Ponce and the USS Kearsarge–along with 800 Marines, not counting the 400 U.S.-based Marines being airlifted to meet the troops, deployed to the area. Defense Secretary Robert Gates said the aid will be available for evacuations and other humanitarian efforts.

“Monday Serena Williams underwent emergency treatment at Cedars for a hematoma she suffered as a result of treatment for a more critical situation,â€ said Nicole Chabot, Williams’ representative. Williams discovered she suffered from a pulmonary embolism upon her return to L.A. after being treated for her on-going foot injury.

Chabot confirms that doctors are monitoring her condition to prevent additional complications.

WATCH: Working Your Style: The Perfect Looks for the Perfect Gentlemen