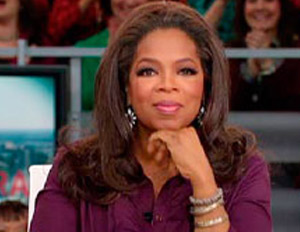 While the House of Representatives debated over next year’s budget Friday, protesters moved in–singing patriotic (and non-nationalistic) songs over the visitor’s gallery, according to The Associated Press. Capitol Police detained nine protestors.

This news comes a week after a potential government shutdown. That tug of war–or power, rather–between Democrats and Republicans came to a close yesterday. Congress voted Thursday to pass a bill, which cuts government spending by $38 million from the 2011 budget.

Oprah Winfrey’s OWN has recently been in the spotlight for low ratings and a lack of diversity programming, but alas yesterday the network announced the addition of six new series, as well as four pickups.

“After four months on the air it’s great to be able to renew series that connected with our audience,â€ said Christina Norman, chief executive officer of OWN, according to The Hollywood Reporter. “Our new shows will continue to bring viewers more compelling characters sharing their real life journeys that entertain, engage and inspire.â€

The network renewed Ask Oprah’s All Stars, Enough Already! With Peter Walsh, Oprah Presents Master Class, In the Bedroom with Dr. Laura Berman, and Our America with Lisa Ling.

The new shows include Confronting, documenting the mediation process between victim and offender; I Owe You My Life, chronicles everyday heroes; Louie Spence Dance Project, a docu-soap about a choreographer and television personality; Sweetie Pies, a docu-series about former Inkette turned soul food restaurateur Robbie Montgomery; My Mom and Me, which examines unique mother-daughter relationships under a therapist’s counsel, and Unfaithful: Stories of Betrayal, features couples who have moved beyond infidelities in their relationship.

Walcott wasted no time keeping his promises and interacting with city schoolers. The Queens resident visited PS 10 in Park Slope, making the students homemade, health-conscious waffles. He returned to the Brooklyn school a year after promising students he made the best breakfast treat.

“You can tell he cares about the kids,” Principal Laura Scott said to The New York Daily News. “We have a lot of hope for [him]. He’s a hands-on person.

5 Things to Know Before You Fire Your Boss