In the News: Protesters in Egypt Rally After Release of Google Exec; Electronics Not A Factor in Toyota Acceleration - Black Enterprise

The Truth about Toyota

NASA engineers canceled out engine electronics as a reason for the recall of over 8 million vehicles by Toyota. Motor Corp. last year. After a ten-month investigation, the auto maker attributes the incidents to two causes: interfering floor mats and defective gas pedals, according to a Department of Transportation report.

Protesters Rally After the Release of Google Inc. Exec

The release of Google executive, Wael Ghonim, drew the biggest crowds yet to central Cairo’s Tahrir Square Tuesday.The 30-year-old Internet activist dropped into the central Cairo location that evening, where he delivered a short speech.

“We have a right that should be taken seriously,â€ said Ghonim. “We will take that right, even if we die as martyrs. Your demands are my demands. For the president to step down is our demand from now on.â€

To date, protests in Egypt have claimed the lives of 297 people, according to Human Rights Watch.

“The acquisition of The Huffington Post will create a next-generation American media company with global reach that combines content, community and social experiences for consumers,â€ said Tim Armstrong, Chairman and CEO of AOL, in a press report.â€ Together, our companies will embrace the digital future and become a digital destination that delivers unmatched experiences for both consumers and advertisers.â€

The news comes less than a month after Huffington announced the launch of HuffPost Global Black, a site reporting on the latest trends and current events within the Black community. It is a partnership alongside BET founder Sheila Johnson, with Derek Murphy serving as chief operating officer. 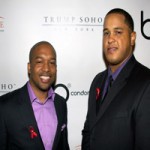 Getting Started: â€˜Men of Morehouseâ€™ Create an Upscale Condom Line