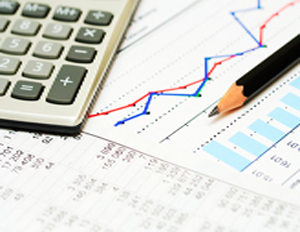 Not again. First Kelly Williams-Bolar was jailed for sending her daughters to the “wrongâ€ school; now Tonya McDowell, a Connecticut homeless woman, may follow suit. She pleaded not guilty today at her arraignment in the Connecticut Superior Court.

McDowell is being charged with larceny and the pursuit to commit larceny for allegedly stealing $15,686 from Norwalk Public Schools for enrolling her six-year-old son in a Norwalk elementary school instead of his zone school in Bridgeport. She was moving from shelter-to-shelter and used her friend’s Norwalk apartment address to get her son into a neighboring school.

“I wanted to send my child to a great school. What kind of crime are you committing by doing thatâ€ McDowell said to the Hartford Courant. “I want the best education possible. All I wanted was the best for him.”

The NAACP has stepped in to represent McDowell. It’s the first case in Connecticut where a parent is being prosecuted for sending a child outside of their district. If convicted, the concerned mother faces up to 20 years in prison.

The US Department of Education has a pending agreement with Morris Brown College to settle almost $10 million debt for pennies on the dollar, according to a letter obtained by the Associated Press.

The Education Department has agreed to forgive more than $9.4 million in debt if the HBCU can manage to pay the remaining $500,000.

“We have been working on getting this debt addressed for a year,” said Morris Brown College President Stanley Pritchett. “This is a game-changer for the college. There are other financial challenges, but this will help to open the door … to resolving our other issues.”

New data released Tuesday by the Census Bureau shows that for the first time in history women outnumber men when it comes to finishing college and holding advanced degrees.

5 Books Every Entrepreneur Should Read

PHOTO GALLERY: BE Golf & Tennis Challenge–Why You Need to Be There!