CNN’s anchorman Don Lemon, 45, came out with a tweet Sunday night, revealing he was gay to his now 92,943 followers.

The revelation started with the weekend prime-time anchor sharing a link to an interview conducted with New York Times journalist Bill Carter disclosing that although many of his colleagues were aware of his sexual orientation, there’s a certain reservation that comes with going public, especially as it pertains to the black community. “It’s quite different for an African-American male,â€ Lemon said, in the article. “It’s about the worst thing you can be in black culture.â€

The announcement comes nearly a month before his memoir Transparent is released. The Emmy-winning journalist followed his initial tweet with one of great thanks: “I’m overwhelmed by all your tweets and support! Hoping this prevents more tragedies like Tyler Clementi‘s suicide.â€

Transparent, a candid account of the painful abuse Lemon endured during childhood, will hit book stores on June 16.

Michel “Sweet Mickyâ€ Martelly is officially Haiti’s newest president. The former kompa singer was sworn in on Saturday in front of thousands of guests, including U.S. President Bill Clinton, French Foreign Minister Alain JuppÃ© and Edmond Mulet, head of the U.S. peacekeeping mission on the lawn of the collapsed National Palace, , according to the Associated Press.

This is the first time in Haitian history that a president turned over power to a member of the opposition.

The business tycoon Donald Trump will not seek the 2012 Republican presidential nomination. Instead, he has committed himself to remaining a business man and running yet another season of the reality TV show Celebrity Apprentice.

“After considerable deliberation and reflection, I have decided not to pursue the office of the presidency,â€ Trump said in a statement. “This decision does not come easily or without regret; especially when my potential candidacy continues to be validated by ranking at the top of the Republican contenders in polls across the country.

The historic win comes in the very hometown and fifty years after Wendell Scott drove in the NASCAR Sprint Cup, becoming the first Black driver to do so. 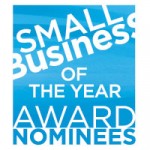