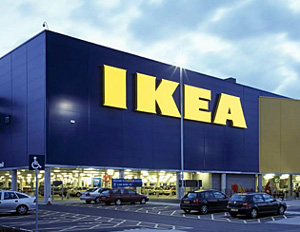 The company reacted after DNA tests in the Czech Republic detected horse DNA in packs of frozen meatballs labeled as beef and pork. The Czech State Veterinary Administration said it tested two batches of Ikea meatballs and only one contained horse meat.

Stores in the U.S. and Canada are not affected by the recall, but meatballs from this same batch had been sent to 12 other countries — Slovakia, Hungary, France, Britain, Portugal, the Netherlands, Belgium, Spain, Italy, Greece, Cyprus and Ireland. Ikea said all meatballs will be removed from shelves in these countries.

An European Ikea spokeswoman said most Ikea stores use only locally produced meatballs. And that two weeks ago tests ran on a range of frozen food products found no traces of horse meat.

“Based on the results of our mapping, we can confirm that the contents of the meatballs follow the Ikea recipe and contain only beef and pork from animals raised in the U.S. and Canada,” Ikea North America spokeswoman Mona Astra Liss said in a statement.

The scandal began in Ireland in January when the country announced the results of its first-ever DNA tests on beef products. It tested frozen beef burgers taken from store shelves and found that more than five supermarkets were selling meat that contained at least a trace of horse. The sample of one brand sold by the British supermarket Tesco had more than 25 percent horse meat.