'If Loving You is Wrong' Breaks Viewership Record on OWN 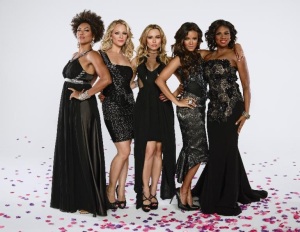 The new Tyler Perry series, ‘If Loving You is Wrong,’ broke a record for The Oprah Winfrey Network. The series premiere of OWN’s drama series, which aired on September 9 at 9 p.m. ET/PT, had 1.93 million viewers.

The second drama series by Tyler Perry is the most watched series premiere in network history. There was a second episode that aired immediately after this one and it delivered 1.92 million viewers. The episode also delivered a 1.47 rating in the key W25-54 demo up triple digits (+206%) vs. one year ago, and built every quarter hour among W25-54 climbing +13% over the course of the hour.

“If Loving You is Wrong” is produced for OWN byÂ Tyler Perry Studios. It is created, written, directed and executive produced by Tyler Perry.