Amanda Edwards is Fighting to Become the Third Black Woman to Ever Hold a U.S. Senate Seat - Black Enterprise 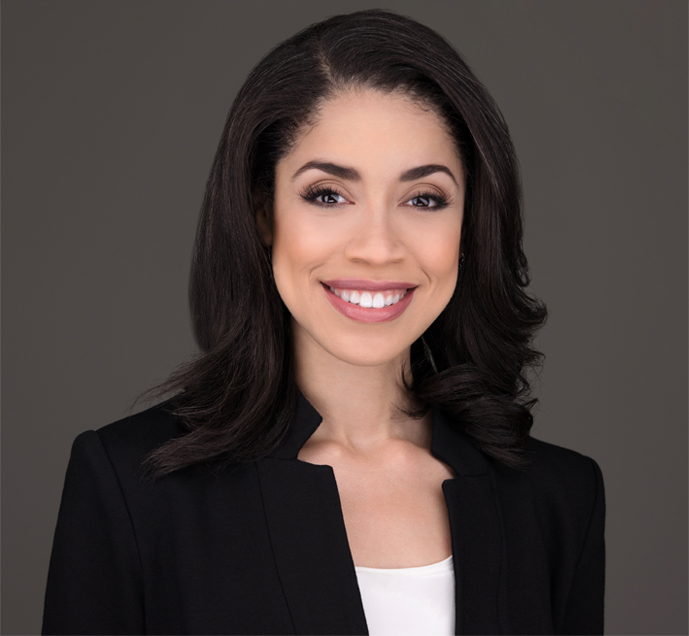 After serving her community as a Houston City Council member for four years, Amanda Edwards is now determined to make history.

The 38-year-old Texas native was elected in 2015 as one of Houston’s at-large council members and subsequently represented 2.3 million Texans. She also played an active role in the city’s Hurricane Harvey recovery effort in 2017. However, rather than running for reelection, Edwards was tapped by the state’s Democratic Party to run for the U.S. Senate against Republican incumbent Sen. John Cornyn. As a result, she is currently campaigning against 11 other Democratic challengers in a primary that will be held March 3. Should she win the crowded primary race, she’ll then have to face off with Cornryn, a Trump loyalist who’s already raised $12 million towards his reelection campaign. In comparison, Edwards says her campaign has yet to raise a $1 million. Nevertheless, if she beats the odds and wins both elections, Edwards would become Lone Star state’s first black U.S. senator and just the third black woman to ever hold a U.S. Senate seat.

“Some people initially find it challenging to believe that a woman of color can be the next U.S. Senator from Texas because they make certain assumptions about the demographics of Texas and about me that are not based in reality,” she told BLACK ENTERPRISE. However, she remains hopeful due to the rapid pace at which Texas politics are changing. The deep red state saw a huge shift in 2018 when former Texas Rep. Beto O’Rourke almost beat Republican incumbent Sen. Ted Cruz during the U.S. midterm elections, reports Quartz.  Despite his defeat, O’Rourke managed to gain an impressive amount of support from Republican voters. He also galvanized scores of left-leaning young people and minorities to register to vote. Had more actually come out to vote, he would have won. To beat Cornyn, Edwards would have to earn support from the moderates that O’Rourke won over and incite more registered young people of color to actually show up how to the polls.

“What if you could have someone who was able to galvanize both those persuadable voters but also the same people of color, people under the age of 35?” she says. According to her, many newly registered voters didn’t turn out back in 2018 due to their distrust in government. “We know a number of those folks believe that democracy doesn’t work for them,” she said. As a result, her focus is to restore their faith in politics and help more people understand that “it can work and it can be different this time if you have someone like me, the messenger who has worked tirelessly in these communities.”

Her faith in winning the Senate seat is also encouraged by the belief that Texas will eventually become a blue state in light of its urban expansion and growing Latinx community.  “Texas is one of the states that have been identified as those that could be flipped,” she said. “If we shift the balance of power — using Texas as what was once known to be the stronghold of the Republican Party or conservative voting — to actually be where that happens, that will be a tremendous paradigm shift.”

Since launching her campaign last year, Edwards has focused on expanding access to healthcare and economic opportunity.  “When I was 10 years old, my father was diagnosed with cancer and I learned what our U.S. healthcare system was by asking my father when his experimental treatments were going to be covered by the insurance company. So, in my dad’s case, because he had great insurance…he was able to stay around longer. He didn’t pass away until I was 17,” she said. “I remember asking my dad, ‘what happens if they say no to the coverage? What would happen next?’ And my dad explain[ed], ‘oh, we have to figure something else out.'” She continued, “te truth is, for so many families, that is a life hor death outcome. And we’ve got to have an urgency behind dealing with issues of healthcare access and also economic opportunity.”

Edwards is also passionate about making sure no one gets left behind in the technical revolution. “In light of the fact that the nature of the economy is evolving, automation is happening, all of the things that are happening, we’ve got to still create a space for people to exist in these economies, both today and tomorrow. And then we have to meet them where they are, not expecting everyone to become a computer coder because they’re not,” she said.

In addition, Edwards says empowering black businesses and stimulating economic growth in communities of color is another focus in her agenda.  “Minority-owned businesses are three times less likely to gain access to traditional forms of capital for their businesses than are their non-minority counterparts. I seek to place monetary incentives in place that facilitate the increased bank and CDFI lending to women and minority-owned businesses so that they may see an increase in accessing economic opportunity.  I will also support more resources for them via the [Small Business Administration].”

The Harvard law school graduate has earned support from a Houston hometown favorite Tina Knowles-Lawson, the mother of Beyonce Knowles-Carter. “This beautiful young Lady is brilliant, honest, innovative, and will be fair and inclusive in representing all voices. She is truly capable! I was so impressed and inspired by her genuine heartfelt words,” Knowles-Lawson wrote on Instagram after co-hosting a fundraiser for Edwards back in August.

Nonetheless, even with the support of Beyonce, herself, O’Rourke still fell short in the midterm elections. In fact, Democrats haven’t won a statewide office in Texas since 1994. Edwards, however, is unabashed about her uphill battle to make history. “This race will be the embodiment of David and Goliath,” she said.

Luckily for her, everyone loves an underdog. 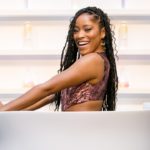 Keke Palmer Is the New Face of Olay 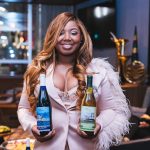