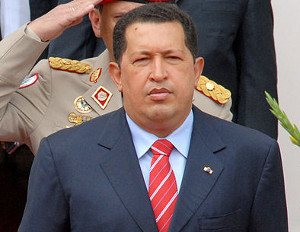 With the death of Venezuelan President Hugo Chavez, many media outlets have highlighted his negative views of the United States and capitalism. In a Time article, Andrew Katz recaps many of the leader’s views about the U.S. throughout the Bush and Obama administrations:

“You are a coward, a killer, a [perpetrator of] genocide, an alcoholic, a drunk, a liar, an immoral person, Mr Danger. You are the worst, Mr. Danger. The worst of this planet… A psychologically sick man, I know it.â€Â — ChÃ¡vez, about U.S.Â PresidentÂ George W. Bush, inÂ 2006.

“You are a fraud, Obama,â€ ChÃ¡vez said inÂ 2011. “Go and ask many people in Africa, who might have believed in you because of the color of your skin, because your father was from Africa. You are an Afro-descendant, but you are the shame of all those people.â€

Despite his negativity insights about America and its leaders, in his own country he was a champion to many, especially those who were impoverished. His beliefs for improving poor conditions also extended to the United States despite the many differences. During the Bush administration, in the aftermath of Hurricane Katrina, he offered aid in the form of setting up relief centers that would provide medical care, food, and water to the victims.Â (According to Jesse Jackson, it was rejected by Bush.) Venezuela, which is the 4th largest supplier of oil to the U.S., also set up a program through Citgo that would provide heating and diesel oil to impoverished communities in the U.S. including the South Bronx, Chicago, and Boston. He also provided aid to Native American communities.

For a the full list of his career by quotes and highlights, visit Time …

Coffeehouse Staff Tells Sick Customer to Use Payphone to Call 911

Just Hush Up: 5 Good Reasons It’s Best to Keep Personal Opinions to Yourself in the Workplace