How to Work for the Federal Government - Black Enterprise 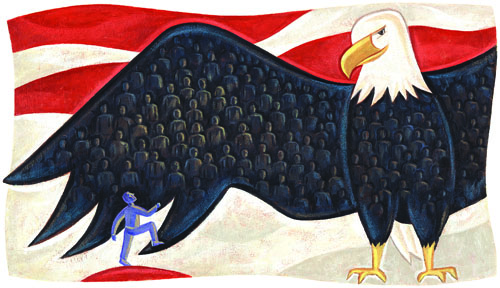 As a senior staff officer in the strategy, plans, and policy division in the Pentagon Office of the Chief of Staff, Lillie Downs, plays an integral role in establishing intelligence community policies that set forth procedures derived from U.S. laws, executive orders, and the U.S. Department of Defense. But Downs, a former illustrator and calligrapher who designed promotional material for entertainment events on a military base in Ramstein, Germany, began her career with the federal government as a visual information specialist with the Pentagon’s multimedia broadcast network in 1995. Since then, she has worked in several positions including human resources as a facilitator and program manager for new employees.

The mention of federal government positions may conjure up thoughts of specific agencies, such as the CIA, FBI, or State Department. Though those agencies offer viable job opportunities, the federal civil service offers more variety than you may realize. From museum curators and broadcast journalists to forest and conservation technicians, accountants, and fire fighters, career disciplines with the federal government match nearly every profession in private industry. “The federal government offers a lot of career flexibility,â€ says Downs. “It has also allowed me the opportunity to travel and see the world.â€

As the largest employer in the country (excluding the U.S. Postal Service), the federal government is projected to create and fill nearly 200,000 positions over the next few years. With nearly one-third of the federal workforce expected to leave because of attrition over the next five years, and 40% expected to retire by 2016, many jobs are now–or will soon be–available. And to get one, you won’t necessarily need to move to Washington, D.C. Contrary to what many think, the vast majority of federal jobs, about 85%, are located across the country or around the world.

Begin Your Search
The U.S. Office of Personnel Management, or OPM, functions as the human resources department for the federal government and oversees USAjobs.gov, the federal government’s official job site. Job announcements are posted on the site as is information about applying for government work; also included are job search resources, such as a glossary of government terms and interviewing tips. Not all federal positions are posted here, however. To do a complete search, examine the sites of individual federal agencies, bureaus, committees, commissions, departments, and offices, all of which are listed at www.usa.gov.

Unlike jobs in the private sector, federal positions are divided into two categories: competitive and excepted service. To fill competitive service positions, candidates compete and the one who is best qualified is selected, as in private industry. Excepted service or noncompetitive positions are those that are difficult to fill, are designated high need, or require an accelerated process. Because they require special or more urgent attention, the hiring agency tends to fill these positions using a more streamlined process and may not list them on USAjobs.gov. So to know about these positions it’s important to periodically check individual agency Websites.