How to Know When to Sell Your Online Business - Black Enterprise 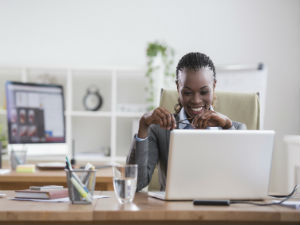 A couple of years ago, one of our customers lost more thanÂ $96,000. He lost this money because he missed the signs it was time to sell his business.Â Early in 2007, Jorge started a website thatÂ quickly established an audience, found sponsors and advertisers, and grew into a trusted resource for thousands of readers.

Fast forward to 2014. The publication was a big success. Despite this, Jorge wanted to sell, as the business wasn’t fun anymore. Worse, the company’s growth was starting to level off, and Jorge wasn’t sure what to do to kick-start growth again.

That was when he approached my firm, Quiet Light Brokerage. I offered him a valuation, which he thought was too low. So I explained that if he wanted his desired valuation, he needed to grow the business 15%. We scheduled a follow-up for 12 months, but nine months later Jorge called and wanted to sell immediately. His aim of growing the business had backfired. He wasn’t interested in the business anymore, and had his eye on a new opportunity.

The unfortunate catch: his business had declined and his valuation had dropped.

Your Business’s Value Is Always Changing

Like any company, the value of an online business changes as it grows, stagnates, or declines. You need to recognize the signs and conditions that lead to the highest valuation possible. Two things that have a huge impact on your business’sÂ value are its current earnings and its earnings trend. Higher earnings and positive trends result in higher valuations.

So it makes sense that the best time to sell your business is before growth stagnates or before the business sees a downturn. But many entrepreneurs, who are hopelessly optimistic, completely miss this.Â Optimism is good, but not if it blinds us.

So how can you break this blindness? Here are four common signs I’ve seen that will tell you it’s time to sell.

Mark Daoust is the founder and CEO of Quiet Light Brokerage, an internet business brokerage firm advising entrepreneurs on the exit of their e-commerce, SaaS, Amazon, and other web-based businesses. Mark is also the author of the recently published Ultimate Guide to Website Value.

How to Send the Perfect Business Email Every Time

What We Learned After Taking Our Online Store Offline