How to Have a Superstar Career in Social Media - Black Enterprise 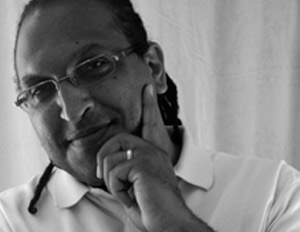 James Andrews made his biggest splash in celebrity circles when he helped actor and wellness guru Jane Fonda navigate social media, begin blogging, and set up a Twitter account when she was at the ripe young age of 71. Using his tutorials she took the blogosphere by storm eventually driving mass traffic to her blog JaneFonda.com

At the time Andrews was a managing partner/co-founder of Everywhere, a social media marketing and content development firm based in Atlanta, GA. In the 20 months since Everywhere started, the company posted $1.5 million in billings in a 20-month span by helping large brands drive eyeballs to their sites.

Late last year Andrews broke away from Everywhere and launched SocialPeople.tv, and in only a few short months he’s already breaking records.

“We helped the Grammy Awards achieve their best show ratings in ten years,â€ says Andrews. “Ninety percent of the Twitter conversations were about the Grammy’s for a 3 hour period.â€ James is also working with Jermaine Dupri and his social network, Global 14, an online destination for urban youth

SocialPeople was created to represent the digital assets of companies and celebrities and help them navigate and curate content for a consumer that is always multitasking. “The networks and TV shows are struggling with an attention war,â€ says James. “People are watching TV with a laptop on their lap.â€

While these circumstances make it difficult to direct an audience’s attention and find ways to monetize social communities, Andrew says that it’s not impossible if you have the right strategy. SocialPeople works to grow a company’s PR team into better influencers by training their clients about social media governance policies, best practices, and execution.

Many people don’t understand why social media is so popular and they are struggling to organize their social media strategies. “The ability to tweet is so small and one dimensional. Companies are driven by people who know how to manage communities,â€ says Andrews. “The tools are free, but clients pay for strategy.â€

If your goal is to work for an agency or brand as a social media strategist, it is important that you learn how to engage communities. Outside of tweeting and posting on Facebook, here are three strategies you can use to build a career in social media:

How To Make Sure Portfolio Managers ‘Eat Their Own Cooking’