How to Hand Down the Family Business - Part 1 - Black Enterprise

Between C.H. James III, his father, his grandfather, and his great grandfather, the James men have learned that making changes to benefit C.H. James & Co. has always been central to the company’s success, whether they were focused on poultry and egg distribution, serving multinational brands like Yum! Brands and Darden Restaurants, or owning Burger King franchises. But another key to their success was making leadership changes in the appropriate way and at the appropriate time.

For example, when Chuck James III bought his father’s eponymously named international wholesale food distribution and food processing company in 1988, sales had dropped from $4 million to $2.6 million in just three years. Although his father had run the company successfully for many years, the economic times had become difficult right when he had planned to retire. When the fourth generation James took over the Charleston, West Virginia-based company, which was founded in 1883, he created an investment holding company through acquisitions, partnerships, and divestitures that allowed the family business to regain its market strength and grow sales to $20 million by 1992. It was a strategy his father wouldn’t have done, but one that saved the company. Now, the company’s sales are approaching $60 million.

When passing a business down from an older to a younger generation, disagreements are sure to arise. Yet there are preventative measures families can take to make sure the transition of power is made smoothly and peacefully without compromising the well-being of the company. Here are James’ tips on making a successful transition from older to younger generations in a family-run business.

For the predecessor:
Be wary of the “allowance to salary program.” Your kid shouldn’t go directly from getting an allowance to getting a salary from you after graduating from college. “There needs to be an interim step to encourage the next generation to work outside of the business for a while before joining the family business,â€ says Chuck James III, who worked for the Continental Illinois National Bank and Trust Co., now a part of Bank of America, before joining his father’s company. “You can’t handle your boss like you handle your dad. But when your dad is your boss, those lines can become blurred.â€

For the successor:
Go out into the world. Get experience outside of the family business, get promoted, succeed, and then return. Learn the standards for professionalism and value-added skills that you can bring back into your parents’ company. “A lot of times, kids become adults and [their parents put them through college and give them a job]. They wonder if they could have done any of this on their own or if they are eternally indebted to their father or mother,â€ says James. Also, employees might think the only reason they are the boss is because of who their father is. By leaving, you know that you were on the fast track outside of the family business–you had a career, but you came back to help. It helps for the other employees to know that too. 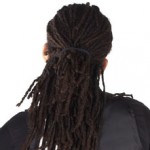