In December, President Trump signed the so-called “Farm Bill” of 2018. The legislation, officially known as the Agriculture Improvement Act of 2018, not only re-legalized the cultivation of hemp, a form of cannabis with lower THC levels than marijuana, (banned nearly 80 years) but may also improve the outlook of the nation’s black farmers—who make up less than 2% of U.S. farmers.

According to Modern Farmer, one significant way the bill helps black farmers is through its “heir’s property” provision:

One provision allows farmers on what’s called “heir’s property” to apply for grants and loans and assistance. The USDA in the past required specific documentation of ownership, like a title to land. Heir’s property results when a landowner dies without an official will. The land goes to the owner’s heirs, but with a bunch of weird restrictions, the most important being that they don’t qualify for USDA programs.

By some estimates, upwards of 50 percent of heir’s property owners are black. Much of the black-owned, inherited land in the US originated from the decades immediately following emancipation, who spent all their money just getting the land itself. Without the financial resources to set up title handoffs to future generations, that land became heir’s property—and would stay that way for decades and decades.

Additionally, the Fair Access for Farmers and Ranchers Act within the Farm Bill allows black farmers to receive the USDA funding and assistance they may need to hold onto inherited land.

Some HBCUs will also benefit from the law. As per Modern Farmer:

There are other parts of the Farm Bill that will help black farmers, or those in the agricultural industry, as well. Essence notes that 19 land-grant HBCUs—historically black colleges and universities—will receive significantly more funding. There was a provision prior to this bill that specifically limited the funding of the schools created by the 1890 Morrill Act. That provision only allowed those 1890-founded schools to carry over 20% of their annual funding past the calendar year. And those 1890 schools were…HBCUs, including Tuskegee University, Lincoln University, Virginia State University, and Florida A&M University. A study in 2013 found that the states weren’t even properly matching the federal funds for these HBCUs the way they were for other, whiter land-grant universities.

New money is going to those 1890 HBCUs, including $40 million to each school for scholarships and $10 million per year to establish new research centers at three of the schools (to be decided by Sonny Perdue, the USDA secretary).

While African Americans accounted for 14% of farmers in the 1920s as per Modern Farmer, that number dwindled down to a minuscule 2% due to a variety of circumstances including heir property policy and family-owned land lost in loans and other economic burdens.

Fighting for survival, in 2013 black farmers won a $1.2 billion settlement in their discrimination case against federal agriculture officials. 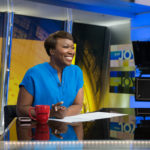