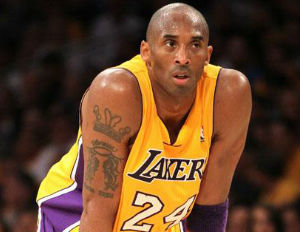 When the Los Angeles Lakers opened up a practice session to the media on Dec. 12, Kobe Bryant lived up to his cantankerous reputation. With his shooting arm wrapped in a white sleeve, an unruffled Bryant ran up-and-down the court during a scrimmage with some of his teammates, but soon turned testy and starting insulting the players.

The news of his poor sportsmanship wasn’t what roped in social media users. Instead, it was his mention of the toilet paper brand Charmin. But Bryant’s reference to Charmin wasn’t the strategic product of an endorsement deal with the company. It was an accidental promotion.

Charmin tweeted: “You know, in terms of toilet paper, saying you’re as soft as Charmin is a good thing. In basketball? Not so much. #tweetfromtheseat.â€

Charmin continued generating buzz by creating the hashtag #softascharmin on Twitter. As a result, potential customers and their network of friends could join the conversation without following Charmin. The company transformed #tweetfromtheseat into a promotional campaign, one that happened organically.

Charmin quickly rose to the occasion of Kobe Bryant‘s spontaneous outburst and piggybacked off his words to take full advantage of the free exposure.

Is Your Small Business Protected from Cyber Attacks?