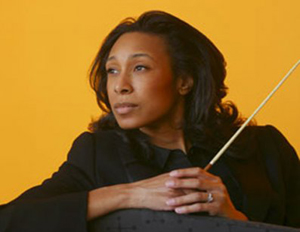 Jeri Lynne Johnson, founder of the Black Pearl Chamber Orchestra in Philadelphia, decided to fill a void in the classical music industry when it came to black women. A graduate of Wellesley College, Johnson traveled the world working as a conductor, composer and pianist, only to return to the U.S. and be rejected by major orchestras.

“When I came back to America I was trying to get jobs with bigger orchestras, but they were not interested. One orchestra told me they like my conducting and the board thought I had great ideas, but they didn’t know how to market me,â€ Johnson told Madame Noire.

“When I asked him for clarity, the guy on the search committee basically said, ‘You just don’t look like what our audience would expect a conductor to look like.’ That’s when I founded my own orchestra.â€

Writer Makula Dunbar caught up with Johnson to talk about her plight to create her own opportunities, expose other minority women to orchestras and a different genre of music and making strides in a lane some mainstream orchestras thought she didn’t fit into.