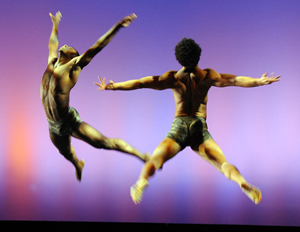 Lula Washington, co-founder of the Lula Washington Dance Theatre, has ensured increased awareness and instruction on African-American contribution to the arts for decades. The seasoned dancer has traveled across the nation and internationally,Â  in countries including Russia, China, Mexico and Germany. A recipient of the prestigious Minerva Award, she has also worked on blockbuster film sets including Avatar and Disney’s The Little Mermaid.

Madame Noire caught up with Washington to talk the African-American contribution to dance, how she stumbled upon her passion and the importance of international awareness.

Madame Noire: Is it true that you “stumbledâ€ upon dance while attending Harbor Community College where an instructor later introduced you to the Alvin Ailey American Dance Theater? Had you never danced before professionally and what was the process of becoming a professional dancer like for you?

Lula Washington: I stumbled upon dance at a park in Los Angeles.Â  My husband was playing basketball at the park. Down the hall from where he played, someone was counting, “five, six, seven, eight.â€ I wasn’t really a sports person so I went down the hall to see what the counting was about.Â  At the end of the hall, I saw people dancing in the studio.Â  Thelma Robinson, a close friend of Alvin Ailey’s, was teaching dance in the park.Â  Back then there was a lot of opportunity for professional dancers to teach dance at parks and recreational facilities.Â  Thelma invited me in and I later went on to dance with her and other local dance companies. My first formal official dance teacher, Janice Guidde, taught at Harbor Community College, the school where I started taking my first official dance class.