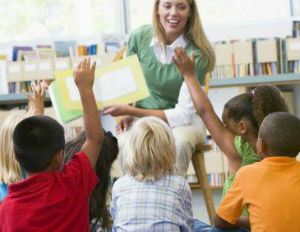 Seven Houston teachers, along with the Houston Federation of Teachers, have filed a federal lawsuit against the school system’s teacher evaluation methods that they deem flawed and inaccurate.

Known as the “Education Value-Added Assessment System,” EVAAS relies heavily on student standardized test scores to measure teacher performance, and many of the city’s teachers find the method to be weak as it does not take into account the teacher’s curriculum for the school year, or other factors affecting a students performance such as health and social and economic issues.

The evaluations play a huge role in teacher pay and in determining whether or not a teacher can keep their job, thus causing many educators to demand action be taken in revamping the assessment method.

“It’s dispiriting and insulting to be told I’m ineffective, a judgement that doesn’t mesh with my classroom performance or the time and effort I devote to my students,” award-winning Houston teacher Daniel Santos tells The Washington Post.

Houston teachers aren’t the first to complain about teacher evaluation methods, and earlier this year the American Statistical Association released a report that highlighted the flaws in using value-added measures to assess a teacher’s performance.

In the report, ASA, highlights that the evaluations are unfair because they do not directly measure a teacher’s contribution toward other student outcomes and it does not take into account other factors that play a major role in a student’s performance.

The value added measures model was pioneered by Michelle Rhee when she was working with the D.C. public school system, and has since quickly been adopted by other school districts across the country. Like most changes to the education system, the VAM model has been met with both critics and supporters and only time will tell if the results of this Houston lawsuit will affect teacher evaluation systems beyond Texas.Â