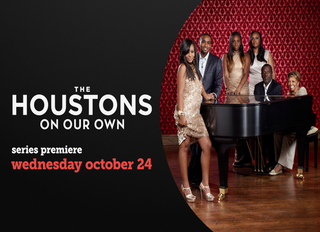 The late Whitney Houston’s family has decided to enter into the world of reality television.

On October 24th, the show will debut on the Lifetime Network.

And if the two-minute trailer is any indication, there will be no shortage of drama.

Bobbi Kristina’s boyfriend Nick was/is her god brother and they were raised more like siblings than star-crossed lovers; and of course everyone is still grieving over the loss of Whitney Houston.

Check out YBF to take a peek at the trailer for “The Houstons: On Our Own.”

Do you think a reality show is a good idea for the Houston family? Will you be tuning in?