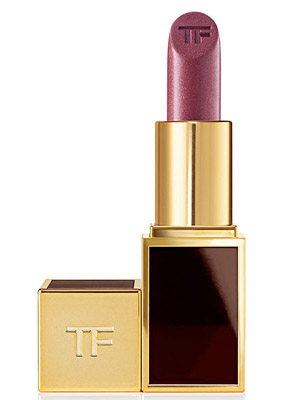 Well, it’s not so much about ‘Hotline Bling’ as it is about ‘hot lip bling.’ Tom Ford’s ‘Drake’ lipstick has sold out within minutesÂ of being made available online for sale, according to Elle Magazine.

The lipstick has sold out in Chicago and New York Tom Ford boutiques, as well.

The original collection was released in 2014, but the hip-hop star’s lipstick shade wasn’t included in the first set. After Black Friday this year, the collection included a burgundy shade in honor of the rapper.

Fans have turned to eBay to get the shade, which is reportedly is being sold for as much as $118, while some sites note they are working on restocking it. The mini version sells for $35 and the full size sells for $52.

My mom bought all of them. Hey Ma.

Ok so who is going to pucker up and purchase? YOU? @Drake Getting His Own Lipstick Shade https://t.co/E8aJQ0aPG9 via @billboard

#TeamLatePass I didn’t even know Drake collaborated with Tom Ford’s makeup line. Now his lip color is sold out. https://t.co/SLJa2DqKZa